The Denver Art Museum will collaborate with the Phoebus Foundation to present Saints, Sinners, Lovers, and Fools: 300 Years of Flemish Masterworks, which will open at the Denver Art Museum for the collection’s U.S. debut in fall 2022. The exhibition will present at American public the first time to the extensive collection of Flemish art from the 15th to 17th centuries at the Belgium-based Phoebus Foundation, including masterpieces by, among many others, Hans Memling, Jan Gossaert, Jan and Catharina van Hemessen, Peter Paul ReubenJacob Jordaens and Anthony van Dyck.

Exhibited in the Anschutz and Martin & McCormick Galleries on Level 2 of the Hamilton Building, Saints, Sinners, Lovers and Fools will be on view from October 16, 2022 through January 22, 2023, with admission ticket. This unique display of Medieval, Renaissance and Baroque paintings, sculptures and other objects from the Southern Netherlands is overseen by the Foundation’s Director of Staff and Curator, Dr Katharina Van Cauteren, and Project Coordinator Niels Schalley, and organized for the DAM by the Chief Curator and Curator of European Heritage. Art before 1900 Angelica Daneo.

“This incredible collection of masterpieces is coming to the United States for the first time,” said Christoph Heinrich, director of Frederick and Jan Mayer of DAM. “Engaging visitors of all ages in these works is a top priority, and guests will discover the unexpected in the art installation and the gallery’s immersive experiences will hopefully draw parallels between the social history of 15th and 17th century Flanders and our world today.”

At DAM, curator Angelica Daneo and interpretation specialist Lauren Thompson created curatorial and interpretive narratives for the Denver presentation that draw on the thematic directions developed by Van Cauteren to guide visitors.

“Saints, Sinners, Lovers, and Fools offers insight into the specific subjects and styles adopted by artists from the Southern Netherlands between the 15th and 17th centuries, providing important connections to the society and culture of the time” , said Daneo. “We hope that visitors will gain insight into the development of styles, subjects and techniques across these crucial three centuries and have fun exploring the exhibition’s unique design and approach.”

Saints, Sinners, Lovers, and Fools progresses through six sections, beginning with “God is in the Details”, introducing religious subjects as a primary focus for artists of the time. Works such as Hans Memling’s Birth of Christ and Pieter Coecke van Aelst’s Triptych testify to the extraordinary attention to detail and devotional imagery that artists and patrons favored at the time. Sacred figures were now presented as flesh-and-blood human beings in familiar, contemporary settings.

The next section entitled “From God to the Individual” aims to show the rise of individual consciousness and confidence, resulting in the creation of ambitious portraits celebrating the models’ wealth and status in society. John Sanders Double Portrait of van Hemessen and Portrait of der Burch by Jan van Scorel.

It is conveniently followed by a set devoted to the theme of human madness; the section titled “The Fool in the Mirror” features images and compositions popular at the time: whimsical, sarcastic and, at the same time, poignant in their critique of human presumption. These scenes, often hilarious, full of jokes, pranks and witty double meanings, were intended to shine a light on the greed, lust and other follies of human life and, ultimately, to discourage a sinful existence.

The ‘Discovering the World’ section focuses on the belief, adopted by the Flemings at the time, that to understand the mysteries of the divine, one had to explore the wider world. Every detail of creation deserved to be examined, felt, described and studied, and as a result countless scientific disciplines developed. Artists from the southern Netherlands responded to these developments, incorporating new findings into their technique and subject matter. Nature became a playground for increasingly curious scientists, who developed microscopes and telescopes, compasses and quadrants, and artists, who found endless patterns for their subjects.

In “A world in turmoil”, the historical context of the Eighty Years’ War (1568-1648), the conflict between the Netherlands and Spain, will help our visitors to understand the reasons for the adoption, by artists such as Rubens and Van Dyck, of an emotional approach to painting, where religious scenes were meant to move and overwhelm the viewer, thus securing allegiance to the Catholic faith, embraced by Spanish rulers.

The last section, entitled “The Pursuit of Wonder”, intends to recreate a “Wunderkammer”, or “Chamber of Wonders”: shells, corals, rare animals, scientific instruments and precious stones, fashionable art and rare antiquities: collectors have sought to collect and organize these “curiosities” as representative objects of the known world, as well as the unknown, proving their success and displaying their newly acquired status. These objects will be presented as an immersive experience, which is also the culmination of the visitor’s journey through the exhibition. The Wunderkammer exhibition benefited from a collaboration with the Denver Museum of Nature and Science, which generously loaned natural objects from their collections.

Saints, Sinners, Lovers, and Fools: 300 Years of Flemish Masterworks is co-organized by the Denver Art Museum and the Phoebus Foundation, Antwerp (Belgium). It is presented by the Birnbaum Social Discourse Project. Support is provided by the Tom Taplin Jr. and Ted Taplin, Keith and Kathie Finger Endowment, the Kristin and Charles Lohmiller Exhibitions Fund, the Samuel H. Kress Foundation, Christie’s, the fund’s annual leadership campaign donors and residents which support the Department of Scientific and Cultural Facilities (SCFD). Promotional support is provided by 5280 Magazine and CBS4. 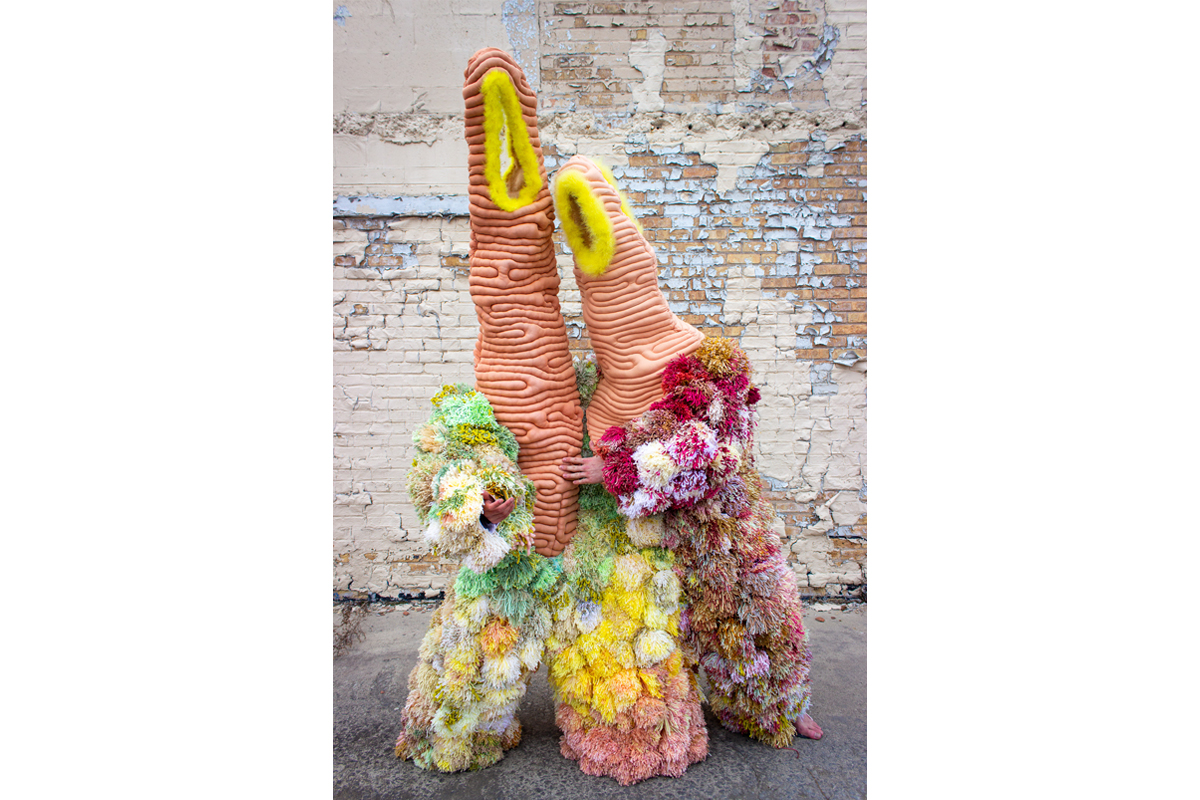