The Northside Sun is conducting a series and talking to arts executives around Jackson about the impacts of COVID-19 on the art industry and how they have recovered.

Charles Knight grew up in Mississippi, spending most of his childhood in Oxford, where his father was a biologist and professor of biology at Ole Miss. Following in their father’s footsteps, Knight and his brother also became biologists. Knight was first hired at the Natural Science Museum in Jackson in 1993 as a fish biologist. Over the years, he rose through the ranks to reach the position of director, a position he currently holds today.

How did the Museum of Natural Sciences manage the initial closure due to covid?

Initially, we were closed to the public and worked virtually among staff. So we did the best we could with staff communicating virtually and it took a bit of time, but we almost immediately started delivering content online and working with the public online for several months. We closed in March 2020 and reopened in June 2020.

Has your staffing been affected in any way throughout the pandemic?

We have not lost any personnel. We were able to retain all of our staff, so no one lost their jobs. People had to do different things because we were working virtually, and some people found it difficult to do what they had done before. I guess the most important thing would be that the staff needed to change the type of things they were doing so they could continue to contribute.

How has covid impacted museum funding?

We received funds from the state and appropriations from the legislature, so it continued. Most of this funding is for salaries, which has helped with our staffing. Now we have had to supplement the funding for the museum which usually comes from our revenue generated from admissions with the grants we have received. We were receiving grants but, of course, our income from gift shop sales and attendance, facility rentals and summer camps all ceased.

What trends in attendance and ticket sales have you seen throughout the pandemic?

Even when we first reopened, we operated differently. We have many measures in place around our facilities to not only ensure the safety of our staff, but also to try to protect our visitors. We put in a system that was supposed to allow people to go in one direction in one line so people wouldn’t mix. We’ve done other things like that too. This changed the way attendance happened. We started taking reservations to limit the size of our presence and the size of our audience at any one time. We stopped doing big events, so all of them reduced our income.

Attendance Over time, as the pandemic conditions improved, we started to see more audiences. At first it was just people coming in and doing normal tours, and that increased over time. Then we started to organize events, but they were very limited and in small numbers, we kept them to separate people. Once things improved to the point of the first of this year, January was the first month we saw attendance return to about normal from previous years. He has improved over this time and in general has been about normal for the past six months or so.

In your opinion, what have been the main effects of covid on the museum?

Well, it certainly hurt our income. I think it just hurt the momentum. Word of mouth has stopped. We lost some of our audience and had to get them back again. It’s this idea that people think of us as something to do again because it hasn’t happened in quite a while. We had to think of ways to reach and bring our audience back to the museum.

Have you returned exhibits that had to be canceled when the museum closed?

It was kind of a mutual thing when we were closed. We normally have two exhibitions which we rent each year. At that point, everything stopped. The exhibit companies that rented them to us couldn’t send the help they needed to get the exhibits. The expedition was down, so it stopped for a while. We had an exhibit in the building and once we were able to get staff in and dismantle that exhibit and shipping started again, our staff did it without help from the rental companies and shipped it . It was kind of the same when the first one arrived when we were finally able to get another one because the trips were interrupted. The exhibition arrived, but not the technicians who accompanied it, and we had to put it up ourselves.

Where would you say the museum is two years later in terms of covid recovery?

Our numbers are back to pre-pandemic numbers at this time.

Do you think covid has had a lasting impact on the museum?

I think we probably need to reach a new audience because while people of all ages enjoy our museum, sometimes kids lose interest during their teenage years and we’ve seen that happen. We kind of lost them and we have to revive them. We must continue to reach new audiences.

Do you think the museum has been improved in any way or learned anything from going through this pandemic?

We have learned to adapt and we have learned to work virtually more efficiently. I feel like our social media platform has improved a lot from what it was before. We put so much effort into it and learned how to do it better.

What’s coming for the museum you’ve been waiting for?

Over the next few months we will continue to have the space exhibit and it is a very interesting exhibit. It’s called Space: A Journey to Our Future. Visitors can examine the discoveries and explorations of past human spaceflight and meet some of the explorers. They can touch pieces of the moon and Mars, pilot a self-powered centrifuge, tour a future lunar habitat and large-scale workstation, get an up-close view of next-gen spacecraft and technology, and plan interactive way a trip to Mars. People really appreciate it. It opened at the end of May and will last until the end of this year. That’s really what we’re focusing on right now.

We want everyone, if they haven’t been back yet, to come back, and if they don’t know us, we’d definitely like them to come visit and see what we’re up to. We are interesting for all age groups and families and everyone can enjoy our museum. 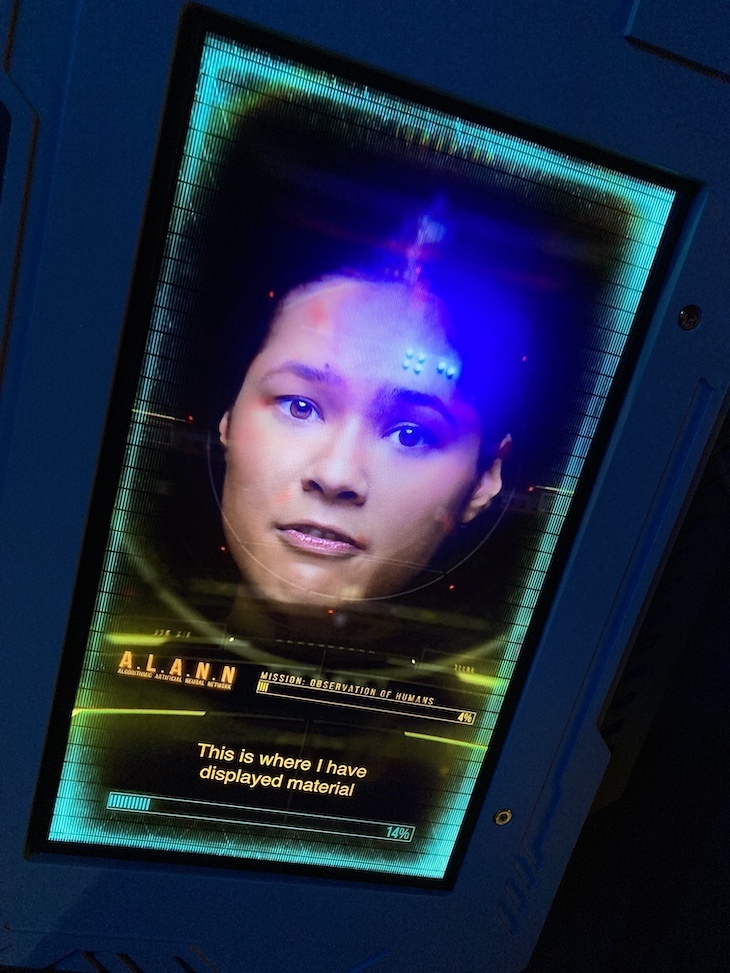 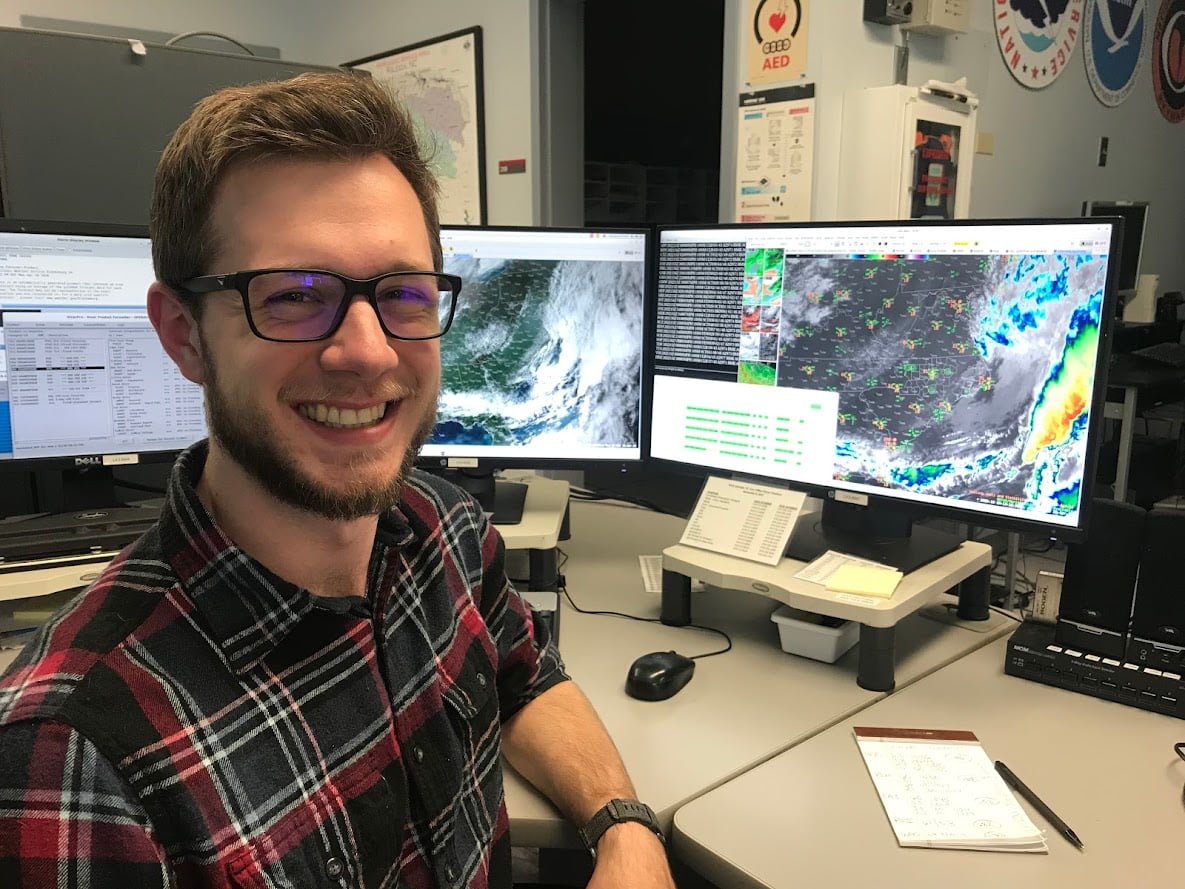