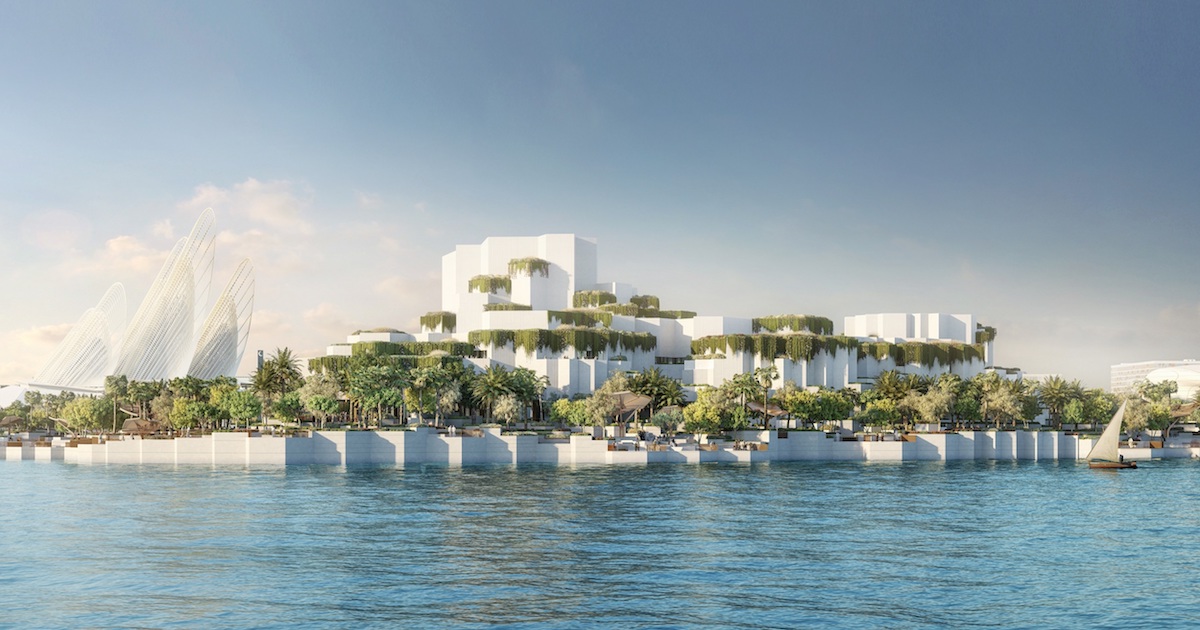 A recent announcement from the Department of Culture and Tourism – Abu Dhabi (DCT Abu Dhabi) and Miral cultural collaboration, has put the construction of the next Natural History Museum at 25% completion.

The project was only announced this year, so the fact that we are a quarter of the way there is indeed an exciting prospect, and means that the estimated delivery date of 2025 is on track.

You’ll find natural history museums in culture-friendly cities around the world. They tend to be, as their name suggests, about the earth’s history – with captivating exhibits tracing biological and geological evolution. Dubai’s Yin recently opened the Museum of the Future’s Yang. Natural history museums often feature complete skeletal reconstructions of long-extinct creatures, such as the London Museum’s famous “Dippy” (the Diplodocus).

Abu Dhabi’s embodiment will be located on Saadiyat Island as part of the Cultural Quarter, a network of world-class museums, galleries and sites of cultural significance.

We also know a bit more about some of the headline exhibits, thanks to a cheeky pop-up preview held at Manarat Al Saadiyat in April and May earlier in the year. Chief among them is a space rock seven billion years old (fact check: this age predates our sun) – the Murchison Object.

He joins Stan, a 39-foot-long, Dhs117 million, and 67 million-year-old Tyrannosaurus-Rex skeleton, a fossilized relic of the famous apex predator from the Late Cretaceous. And you might think that placing a dinosaur next to something similar to the one that would have wiped them all out “is a bit close to bone.” But they had 66 million years to recover.

Speaking about this milestone, Mohamed Abdalla Al Zaabi, CEO of Miral, said, “Through our partnership with DCT Abu Dhabi, we have been able to make great strides in the development of this iconic cultural landmark. The Abu Dhabi Natural History Museum will provide visitors with an enriching cultural experience to help position Saadiyat as a destination of choice and Abu Dhabi as a center of culture, arts and creativity.

It also supports the achievement of Saadiyat Vision 2025, which aims to increase domestic, regional and global visitor numbers, supporting the development of Abu Dhabi’s tourism ecosystem.

Other museums in Abu Dhabi

Scheduled for completion in 2024, Phenomena is a collaborative effort between DCT Abu Dhabi, Miral and teamLab – and the result, as you can see from the renders, appears to be an engineering masterpiece. The architectural marvel represented by the building is more than superficial. The futuristic-looking space will span a 17,000 m² gallery and is meant to become the “home of infinite curiosity”. But what does that really mean? It’s a pretty cool concept, the collections inside will be organized around a theme of “environmental phenomena” and “offering new perspectives on the world”. The real genius here is that the exhibits will be shaped by the changing environment and, like their organic inspiration, will grow and evolve as they mimic the subject matter. Each piece will be designed to respond to its specific local environment within the teamLab Phenomena building and the interactions it encounters. This ever-changing virtual world means that every visit, by every customer, will result in a different experience.

When completed, the Zayed National Museum will represent nothing less than an architectural marvel, a fitting home for the inspiring story of our nation and its visionary founder. Located on Saadiyat Island, already home to so many cultural imports, the breathtaking structure designed by Foster + Partners will feature a 123-meter-tall tower. The main gallery will be devoted to a collection of artifacts illuminating aspects of Sheikh Zayed bin Sultan Al Nahyan – the man and his journey of leadership, the unification of the country and beyond. There will also be gallery space dedicated to falconry and conservation exhibits; land and water; History and Society; science and learning; Faith and Islam; and it will house the Sheikh Zayed Grand Library. Although we don’t have an expected completion date, work on the building began in 2019.

In photos: This incredible Abu Dhabi mega-project is set to open in 2023

Nearing completion in 2025, the Frank Gehry-designed Guggenheim Museum will add a jagged smear of fainting to the skyline of the Saadiyat Cultural District. True to the spirit of Guggenheim (and designed in collaboration with the Solomon R. Guggenheim Foundation), the plans for the building – cut through a contemporary design that is unconventional, yet singularly beautiful. As outside, so inside. Inside, you’ll find 28 galleries spanning 11,600m², plus a further 23,000m² of exhibition space contained within the distinctive cones and terraces attached to the building. Guggenheim Abu Dhabi will exhibit a collection of modern and contemporary art with a particular focus on pieces from the West Asia, North Africa and South Asia (WANASA) region. The museum has been tasked with providing a platform for artists from the WANASA region, commissioning works from artists at the forefront of creative innovation, and illuminating how “interconnected histories and cultures” have contributed to shape our world. Speaking about the project, HE Mohamed Khalifa Al Mubarak, Chairman of DCT Abu Dhabi, said: “The museum will also play a civic role through its mission to foster greater interest in modern and contemporary art worldwide, fostering diversity and inclusion in a meaningful cultural exchange. . As we move forward with our plans, it is crucial to recognize the impact of this museum in achieving our vision for the culture and creative industries of the emirate.

Located on Saadiyat Island, the Abrahamic Family House is a mega project with an incredibly inspiring message. Inspired by the Document on Human Fraternity, overseen by the Higher Committee of Human Fraternity, and “closely followed by Pope Francis and the Grand Imam” – the Abrahamic Family House will include a mosque, a church and a synagogue in the same space. The building was designed by architect Sir David Adjaye, to capture “the shared values ​​between Judaism, Christianity and Islam”. The effort was first announced in 2019 by His Highness Sheikh Abdullah bin Zayed Al Nahyan, Minister of Foreign Affairs and International Cooperation of the United Arab Emirates, but this latest update gave us the names of the centers of worship. In the house of the Abrahamic family, you will find the Imam Al-Tayeb Mosque, the Church of St. Francis and the Moses Ben Maimon Synagogue. The goal is for this project to symbolize and inspire tolerance, unity, brotherhood, mutual respect and peaceful coexistence.

Even more at the Louvre

The Louvre Abu Dhabi represents the cultural epicenter of the emirate, but after some truly stunning news from local master developers, Aldar, it could soon represent the epicenter of your living room too. When completed, the Louvre Abu Dhabi Residences by Aldar will be a 400-apartment residential complex, with an iconic address, stunning ocean views and next-door neighbor status to one of the art collections and of the most impressive historical objects in the world. The structure will include Le Salon Détente – a lounge for residents that will showcase works of art curated in consultation with Louvre Abu Dhabi experts; a 12-seat Private Cinema for a private theatrical experience; a wellness center – Spa Bien-être which will of course include a gym, saunas, yoga and meditation areas; and there will also be an indoor children’s playroom, aptly called the Creativity Room. It’s all part of Saadiyat Grove, a 242,000 square meter, Dh10 billion development that will also include retail and entertainment attractions, other residential properties, two new hotels and co-working spaces.