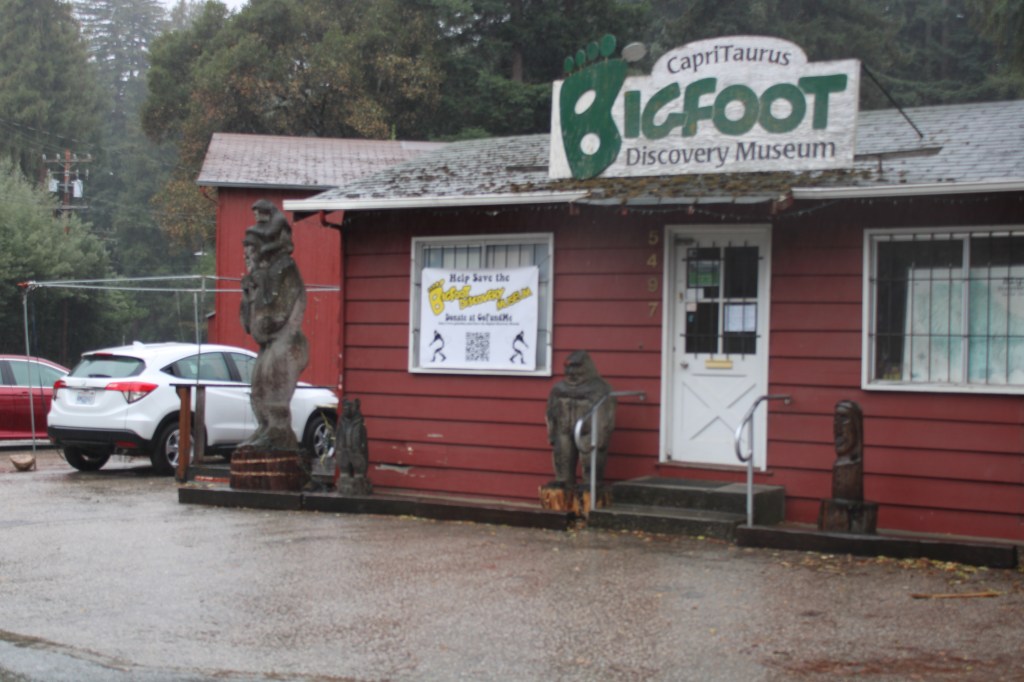 SCOTTS VALLEY – It’s a legend as old as time stretching from the central California coast to the Alaskan bush about a formidable, muscular man measuring up to 9 feet tall who stopped going to the hairdresser long before COVID-19 closes storefronts. His name: Bigfoot.

The legend resurfaced on Thursday when Scotts Valley Police responded to a “suspicious character” on the roads of Glen Canyon and Green Hills. When the police arrived, Bigfoot was standing by the side of the road. However, it wasn’t a 9ft tall sasquatch that could give ZZ Top a run for their money. Instead, Scotts Valley Police found a 4 foot tall wooden statue of Bigfoot.

âThe agents arrived and spotted Bigfoot! The Scotts Valley Police Department Facebook page reported. âIt’s been a bit messed up but will be put back in its rightful place at the Bigfoot Discovery Museum.â

The statue belongs to the CapriTaurus Bigfoot Discovery Museum in Felton and was missing on November 9.

“We are delighted to find our statue,” the Bigfoot Discovery Museum said on Facebook. “It has been part of our collection since 2003.”

The return of the woodland creature is positive news for the museum and its owner Michael Rugg during a difficult time. The pandemic has caused the museum to shut its doors open since 2004 as part of Rugg’s pursuit to prove the existence of the hairy beast.

The Harry Biped Team – a two-person working group led by Rugg’s niece Shelley Rugg – leads a GoFundMe to keep the Bigfoot Discovery Museum running. Since its inception in May, the crowdfunding account has raised $ 7,774 of its goal of $ 92,000.

âI really appreciate everyone who donated to the cause. It does me good to know that there are enough people who appreciate the museum to invest money in it, âsaid Rugg. âIf the GoFundMe hadn’t happened, I probably would have left. The museum would have been seized.

The Harry Biped team calculated the goal of $ 92,000 as what was needed to help Rugg pay the mortgage payment for the museum property by August. Since then, Rugg has taken out a loan to extend his term, according to the GoFundMe page of the Save the Bigfoot Discovery Museum.

The museum is more than just a place to research Bigfoot, it also serves as a vessel for talking about wildlife and habitat conservation.

âThey overlap,â Rugg said. âToday, more animals are disappearing every day than ever. In this regard, we orient people to the concept of the diversity of life and the extinctions that humans cause. “

The Bigfoot Discovery Museum also serves as a place where people can talk about their own Bigfoot experiences and continue to âKeep Santa Cruz Weirdâ.

âThe museum is pretty much my life these days. I’ve been doing this for 16 years, âRugg said. âThousands of people have seen Bigfoot. The museum creates a knowledge database.

The Harry Biped team recognizes that they have a big goal to achieve, which is why a contingency plan has been drawn up. Rugg plans to digitize his museum’s collection to make it publicly available online. He also hopes to use the funds to write a book that details his findings on the elusive wonder, and finally to launch an online store.

âIf we fail to collect enough donations to save the property, the remaining funds will be allocated to reinvent the museum,â Rugg said. âIt’s part of the plan, to create an online virtual museum if I have to give up ownership. I have a lifetime of materials that I have collected.