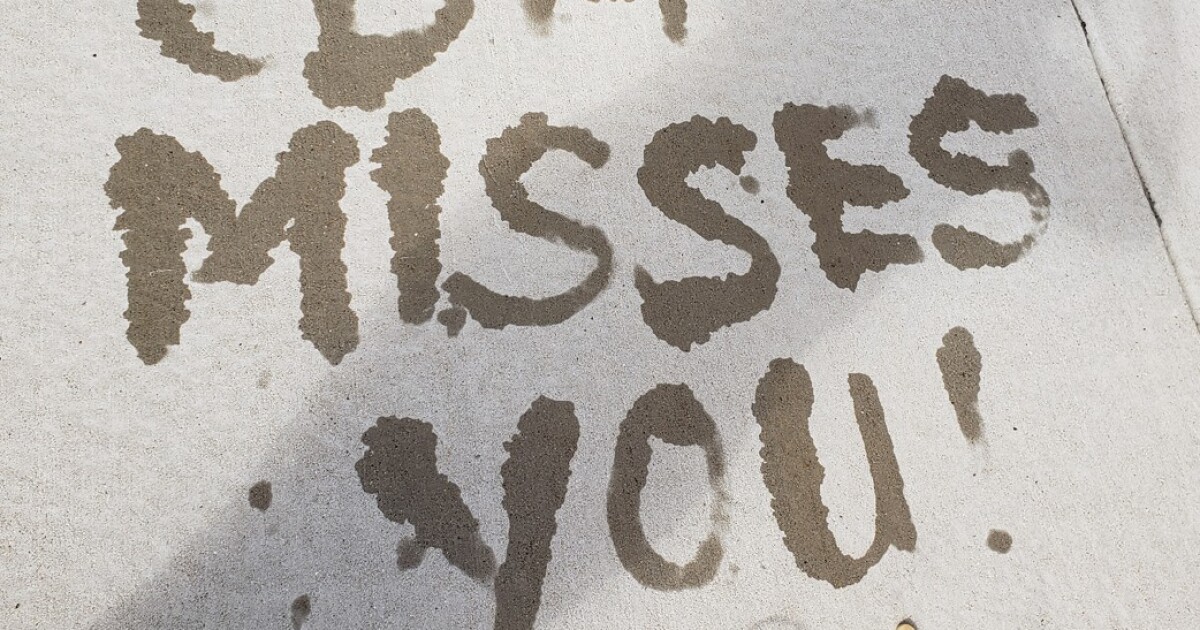 Children’s Discovery Museum has come a long way to reopen

This story was produced in partnership with the Pulitzer Center. For more stories on the effect of COVID-19 on museums, please visit the Prairie State Museums Project at PrairieStateMuseumsProject.organization.

As coronavirus closures took hold in March, the usually bustling Uptown Normal neighborhood was more like a ghost town. Streets usually bustling with college students and residents became eerily quiet as businesses closed to wait for the storm to end. Everything from cafes to department stores has died out.

But as June 26 approached, the date brought a faint glow.

This marked the first day of Phase 4 and promised a return to normal after months of home orders. Recreation, meals, personal grooming – all the creature comforts we were denied during the lockdown – were finally within reach.

In addition to the reopening of bowling alleys, restaurants and lounges, phase 4 would once again welcome cultural institutions such as theaters and museums, although attendance is strictly limited.

In Uptown, staff at the Children’s Discovery Museum (CDM) were preparing to welcome small groups of members and visitors again. The children had not been to school since mid-March. And with the closure of swimming pools, playgrounds and water parks, families have been eagerly awaiting the kind of play-based learning offered by children’s museums.

But just days before the CDM opened, the state issued additional guidelines banning all interactive exhibits.

âAlmost everything a children’s museum does is interactive,â said Beth Whisman, executive director of the museum. âWe knew Phase 4 was where we were going to be able to open with very limited capacity and we were all making our plans around that.â

Whisman said when the additional guidelines were announced, museum staff were shocked.

âIt just took off the carpet under us,â she said.

Thus, during the reopening of Uptown, the museum remained closed.

According to a survey published by the American Alliance of Museums, 30% of the institutions questioned feel threatened with permanent closure if the conditions caused by the pandemic do not improve over the next year.

Charity Counts, executive director of the Association of Midwest Museums, said the danger is particularly acute for children’s museums.

âA lot of that comes from the fact that they are very practical,â Counts said. âAnd these museums are very dependent on attendance. Mainly members, who visit frequently.

Research from the Children’s Museums Association shows that 51% of children’s museum revenues come from earned sources such as doorways, memberships and concessions.

But even in states where children’s museums have reopened, attendance is limited and people don’t visit as often. Counts cites the Indianapolis Children’s Museum, where she previously served as associate vice president of exhibits, as an example.

One of the largest institutions of its kind in the country, the Indianapolis Children’s Museum receives an average of 1.3 million visitors in a typical year. This year the number will be much lower. The museum was completely closed from mid-March to early July. Upon reopening, Counts said the museum took a phased approach, only allowing members a few weeks before finally opening to the public.

The museum may be open, but with people traveling less due to the virus and tight capacity limits, critical revenue from admissions, retail and concessions is still missing.

âFor museums that depend on door revenues, this is a tough time for them,â Counts said.

For some, the challenge has already turned out to be too great. The The Orpheum children’s science museum in Champaign is closed definitely in June. After exhausting federal paycheck protection program funds and with no summer income in sight, the museum had no choice but to close its doors after 26 years.

Whisman, of the CDM in Uptown, said the loss of the Orpheum is a big blow to the region. She fears other museums, like the Kidzeum of Health and Science in Springfield, will follow suit soon.

âSpringfield was new and doing very well. And then it happened, âWhisman said. âNow they’re about to shut down for good and we just don’t know what’s going to happen next. “

Whisman said the perilous position of children’s museums across the state underscores the need to revise Phase 4 guidelines.

One of the problems with the state’s reopening guidelines is that museums have been “treated as a whole,” she said, ignoring the unique function of children’s museums. As a result, the state “wrote language that completely shut down children’s museums.”

In some ways, a children’s museum may seem like a misnomer. Museums are traditionally associated with concepts such as collection and preservation. They are often seen as quiet places filled with old and important things. Most of us remember being led through museum halls on field trips, hearing shhh! and do not touch ! like a constant chorus.

Children’s museums are precisely the opposite. They are dynamic and interactive places where children learn by physically engaging in their environment. Children are encouraged to act as catalysts; be the source of a myriad of intriguing effects. Fittingly, the items on display are designed to be touched, thrown, squeezed and stepped on.

But despite the differences between the separate institutions and their functions, the Restore Illinois plan brought all the museums together. And because the reopening guidelines were built around a more traditional museum design, children’s museums were left out.

Whisman believes this exclusion was unintentional and stresses the need for stronger advocacy.

âI think what (the guidelines) reveal is a certain level of ignorance or just the distance that policy makers have from children’s museums,â she said.

âIn Illinois, we were on the phone. So we’ve learned that we need to better defend ourselves and make sure those who make these policies understand what we’re doing. “

The Children’s Discovery Museum is now working as an informal collective with similar institutions across the state to lobby for revised guidelines. Along with museums in Chicago, Naperville, Decatur and elsewhere, CDM has been part of an effort to develop a best practice system that will allow children’s museums to safely reopen during Phase 4.

As part of its research, the Illinois collective consulted with museum directors and educators in states where children’s museums have reopened. Whisman said she believes museums here can make the necessary changes to existing programming.

âWe can change. We can make adjustments to eliminate tampering, improve our cleaning, and space visitors. It would make us as safe as any gym open now or any other hands-on activity that adults have. “

Gyms and health clubs are allowed to reopen during phase 4. If guidelines can be written to allow physically active adults to share exercise equipment, could they be changed to interactive exhibits in children’s museums?

Whisman said part of the problem is that policymakers don’t realize how clean children’s museums are, even under normal circumstances.

Along with its museum partners statewide, CDM has submitted a letter to the Illinois Department of Commerce and Economic Opportunities with proposals for updated guidelines. They are waiting for an answer.

So, for now, although the museum’s doors remain closed to visitors, staff are focused on community outreach efforts that began with the closings. In April, CDM delivered 1,000 STEAM (science, technology, engineering, art, math) kits to Unit 5 free lunch sites and the Boys and Girls Club in Bloomington. Whisman says the museum is preparing another round of kits and will continue to provide them to other organizations like Unity Community Center and the Scott Early Learning Center.

CDM has also been able to offer summer camps for small groups of children in accordance with current guidelines, and it continues to reach children through virtual activities like Daily Dose of Play and a reimagined version of ‘Art Around You.

Counts, of the Midwest Alliance of Museums, sees the increased virtual reach of museums in response to the pandemic as a positive development.

âSo many museums put in content right away that I don’t think parents who had kids at home, or even teachers, were able to understand what was on offer,â she says. . “But as autumn approaches, museums are hoping that teachers can integrate more of these virtual offerings.”

Counts said that in addition to being valuable teaching tools over the next school year, the rush for new online content will remain a resource after museums reopen.

But with uncertainties still looming over what learning will look like in the fall, the CDM finds itself caught in the same dilemma as schools trying to sort out their plans to reopen. This new landscape of conflicting ideologies and demands is just one more challenge that museums will have to meet.

Whisman said 60% of the MDP members surveyed responded that they would feel comfortable visiting the museum under adjusted COVID protocols; 20% said they would not come back until there is a vaccine. The remaining 20%, according to Whisman, expressed feelings like, âWe don’t think you should have closed in the first place. And when we return, we have no intention of wearing a mask. “

Whisman said that when it comes to reopening, the HOM will most likely model its approach based on what local school districts decide.

âWe have to leave it to the experts,â she said. âIt is not uncommon for museums to follow schools because they have more resources to make these kinds of decisions.

When asked what the kids stand to lose as experts try to figure it all out, Whisman was optimistic.

âChildren are resilient. It is very possible that they handle this better than most adults.

âThat being said,â she added, âthey need social things that keep them happy and healthy. Eventually, they’ll need to have that greater experience. 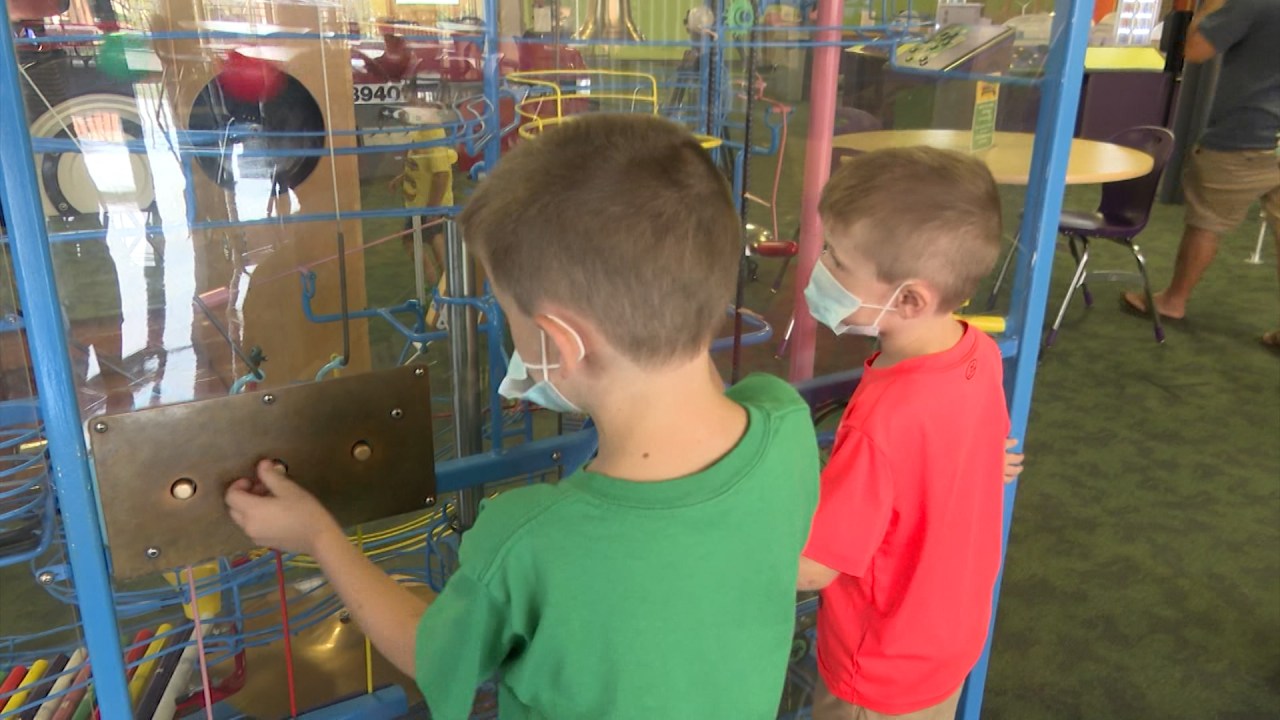