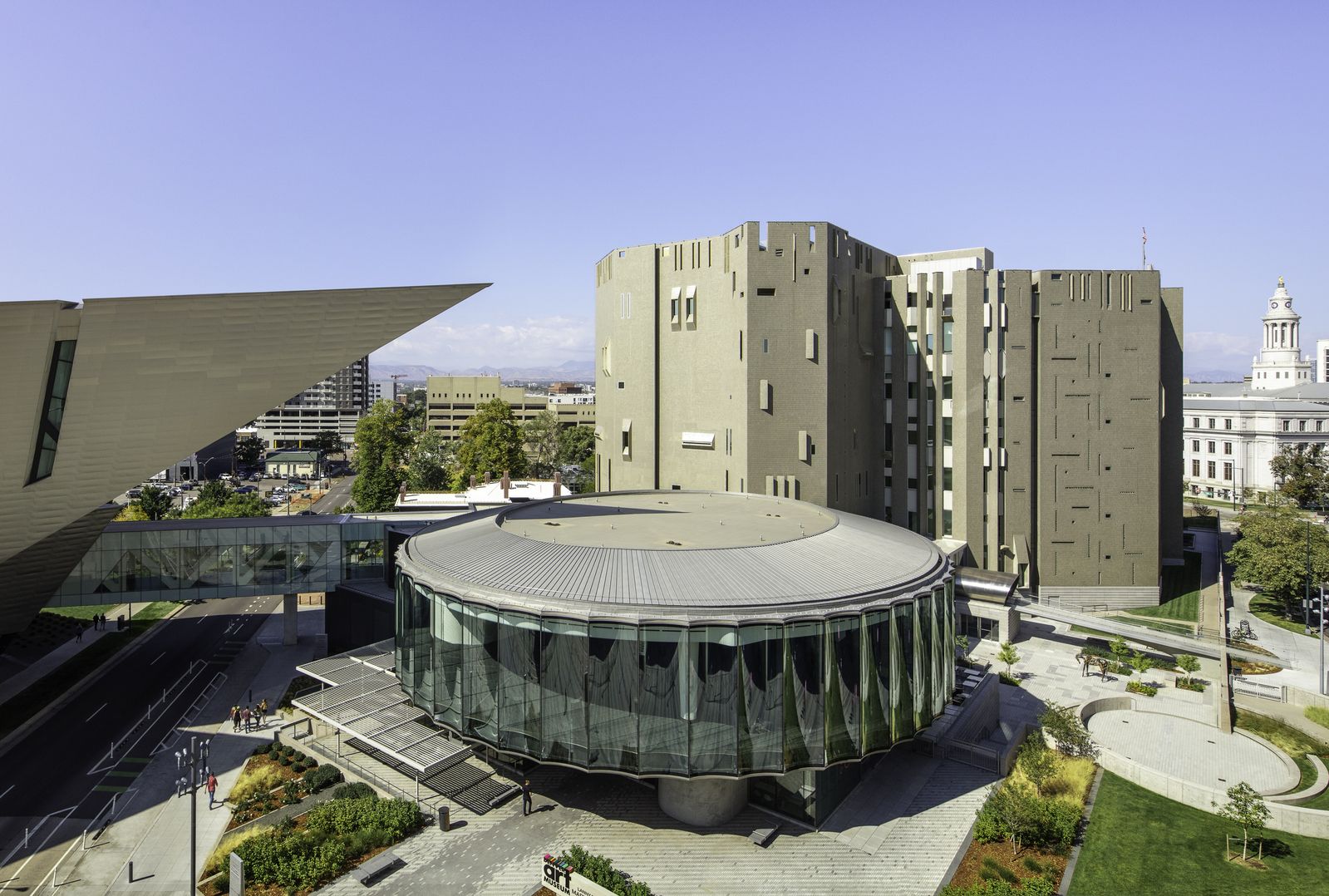 Fifty years after the Denver Art Museum (DAM) opened, its Lanny & Sharon Martin skyscraper looks more or less like it did in 1971: a modernist castle-like facade with thin, asymmetrical windows and chunky pieces semicircular carved out of its roof.

Inside, however, a recently completed $ 150 million renovation has transformed each of the Colorado Museum’s seven floors. Workers renovated the building from top to bottom, adding rooftop space, a conservation center and an additional elevator shaft to support the crowds flocking to the growing state capital, according to a statement. (As Hilarie M. Sheets reports for the Art journal, DAM attendance has more than doubled over the past decade to reach approximately 900,000 visitors each year.)

The museum campus also has a new 50,000 square foot event space surrounded by 25 foot high curved glass panels. Dubbed the Sie Welcome Center, the circular structure connects the Martin Building with another architectural gem on the DAM campus: the Frederic C. Hamilton Building, a silver spaceship-like structure with a pointed “bow” that appears to hover precariously. above 13th Avenue in Denver. .

Staff have spent the past four years reinventing the museum’s galleries and educational spaces, Mekialaya White reports for CBS4. Curators intentionally infused all galleries with works of art by modern and contemporary artists. According to Joanne Ostrow of Colorado Sun, about 20 percent of the contemporary works currently on display were previously in storage.

The expansion allows the museum to further enhance its encyclopedic collections (some 70,000 works of art in 12 collections). DAM’s Latin American art collection, for example, now occupies the fourth floor of the Martin building. Highlights include a portrait of a woman with a pearl earring, painted by Luis GarcÃ­a Hevia in colonial Colombia circa 1850, and The mother of the river (1952), an abstract swirl of misty grays and vivid pinks by Chilean painter Roberto SebastiÃ¡n Antonio Matta Echaurren.

On a floor dedicated to West American art, visitors to the museum can explore the different ways artists have rendered the vast American West, from abstract depictions of Theodore Waddell’s bison to the idyllic 19th-century panoramas of Albert Bierstadt to the abstract expressionist of Ethel Magafan. Spring in the mountains (1961). Visitors can then step out onto one of the two newly constructed rooftop terraces, which offer stunning views of the Rocky Mountains themselves.

âIt’s something fresh, something new,â artist Adrian H. Molina, who was involved in the redesign process, told CBS4. The new galleries “[transport] you have an authentic space that allows you to connect with art to place yourself in the place and time where art was created, âhe adds.

Of particular note is the Native Arts of North America section on the third floor. It includes a gallery, “Home / Land,” with works by artists from the local Arapaho, Cheyenne and Ute tribes, the statement said. The exhibit recognizes that the museum is located on the lands of these indigenous peoples.

Notable works of art on the third floor include the enormous work of Roxanne Swentzell Mud woman rolls over, an in situ sculpture commissioned by DAM. In the work, a series of larger-than-life seated figures embrace each other, arranged like Russian nesting dolls from largest to smallest.

At Rose Simpson warrior (2012), a standing figure of reddish clay is decorated with strings, marks, photographs of faces and other symbolic âtoolsâ that the artist uses to protect himself. The Scream (2017) by Cree Canadian artist Kent Monkman, meanwhile, takes into account the often violent treatment by the Catholic Church of Indigenous children, many of whom were forcibly separated from their families and deported to residential schools.

Because the themes of some of these works have the potential to trigger traumatic reactions in viewers, the museum has created a âsoothing roomâ where visitors can rest and reflect, reports Ray Mark Rinaldi for the New York Times. The reflection space is decorated with excerpts from poems by American poet laureate Joy Harjo, a member of the Muscogee (Creek) nation, notes Daliah Singer for 5280.

In all galleries, viewers can watch short videos featuring contemporary Indigenous artists and read label texts written by the artists themselves.

âWe can allow our visitors to connect directly with artists and hear artists’ testimonials about what they are trying to convey in their art,â said curator John Lukavic. 5280. 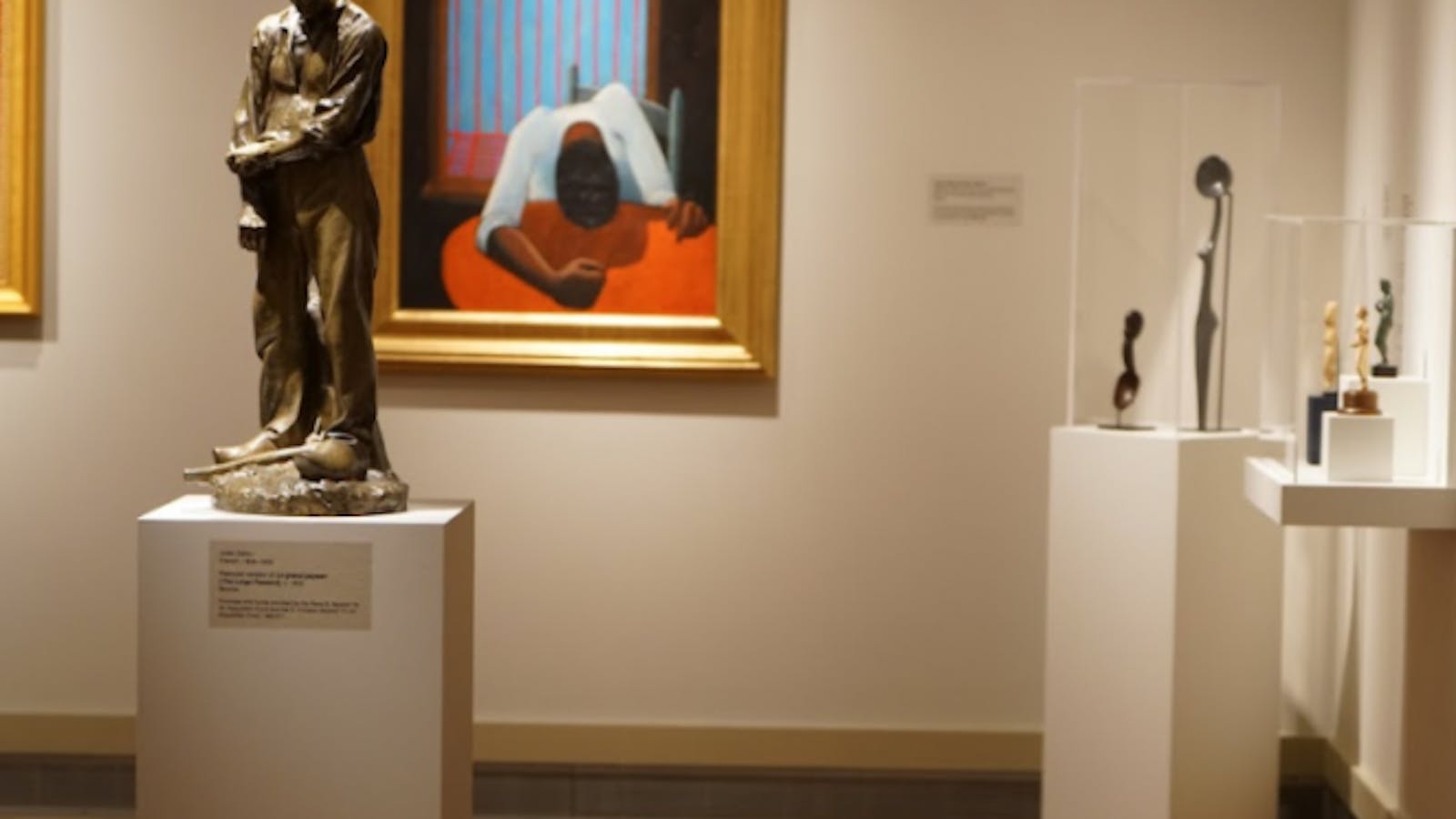 The Saint Louis Art Museum will close until February 1 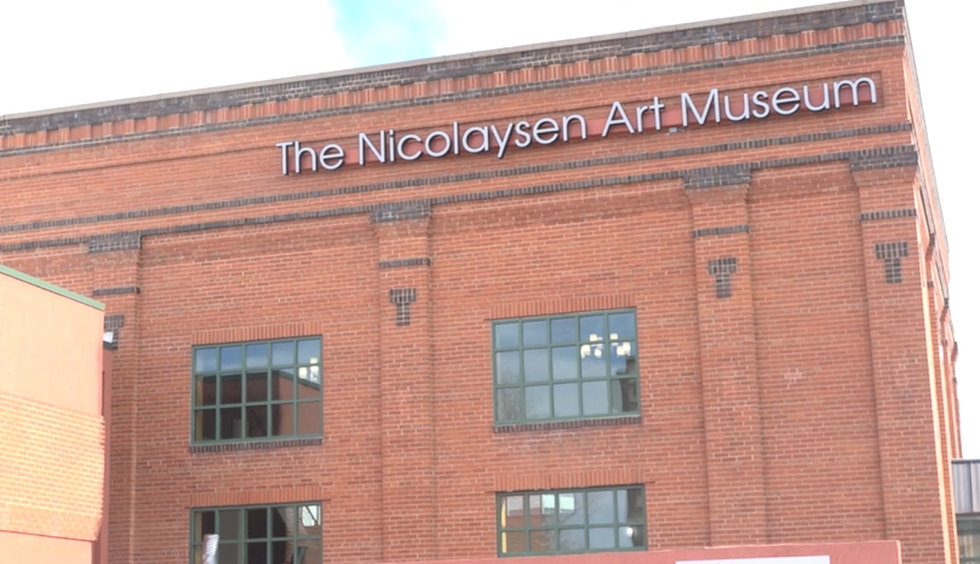