Worcester State University and the Worcester Art Museum have had a formalized and successful partnership that dates back 10 years to 2012. So when the pandemic temporarily closed the WSU campus and closed the doors of WAM in 2020, a project book was seen as a way to continue the collaboration and celebrate the partnership.

“Beyond the Frame: Celebrating a Partnership in Public Education and the Arts” consists of essays by eight well-known New England writers and four WSU faculty members reflecting on works by specific art from the WAM collection.

The book also contains some surprises. Some of the essayists “chose artworks related to their expertise. Others were more quixotic and unexpected,” said Heather Treseler, a WSU English professor and editor of “Beyond the Frame.”

All the plays were a pleasure to read, she said. “I really felt like a kid on Christmas during the summer reading these essays.”

“Beyond the Frame,” co-published by WSU and WAM, will officially launch at WSU on May 12.

“We celebrate, in this collaboration, the book that is continually being written in the circuit between artists and their audiences, which includes our students as the next generation of creators,” writes Treseler in his introductory essay.

Treseler said in a recent interview that since the partnership began, WSU President Barry M. Maloney “has been very keen on students using the museum.”

WAM offers WSU students, faculty, and staff free and unlimited access. Many university departments have held classes and conducted research projects at the museum, with disciplines ranging from science and computer programming to English and history, Treseler said.

She watched her creative writing students grow creatively after classes at WAM.

“It’s been a really enjoyable and rewarding part of our schedules and our professors’ research work,” she said.

Treseler suggested the idea for “Beyond the Frame” to Maloney of WSU and Matthias Waschek, director Jean and Myles McDonough of the Worcester Art Museum.

“I thought it would be nice to have a book to celebrate this partnership and showcase the arts in a range of academic disciplines,” she said.

Maloney and Waschek “were both excited” and gave the go-ahead. “It was an exciting project to do during this time of transition,” said Treseler.

In their co-authored preface to “Beyond the Frame”, Maloney and Waschek call the essays collectively a “symphony of sensibilities” that “gives us a measure of the breadth and depth of WAM’s collections and the inspiration, the provocation and replenishment that a world-class art museum offers students, faculty and the community at large.”

Treseler said she was looking for New England writers “from a variety of disciplines to write about an artwork of their choice.” Everyone had carte blanche in choosing the work of art. Likewise, “I wanted a range of contributors kind of like a representation of our American population.”

Many writers had a connection with public education. Contributors have donated their work at no cost, and a portion of the proceeds from “Beyond the Frame” sales will go towards continuing the ongoing partnership between WSU and WAM, Treseler said.

Lawrence Buell, in his essay “Republic of Tranquility?”, considers Ralph Earl’s 1800 landscape “Looking East from Denny Hill” with its sweeping view of Worcester which was commissioned by Thomas Denny Jr., a wealthy landowner and merchant-manufacturer. While “tranquil and inviting,” the portrait also has “redactions,” Buell says, in an effort to provide a peaceful stability that Earl and Denny wanted to read into the landscape for different personal reasons.

Lloyd Schwartz strays somewhat from his domain by contemplating the portraits of John Freake (a successful Boston merchant) but also Elizabeth Clarke Freake and Baby Mary, around 1670. The artist is unknown. Schwartz’s essay is titled “How…how ‘unlikely’…—The Freake Portraits in Worcester.”

“The more I look at these paintings, the more mysterious they seem, the more beautiful they are,” Schwartz writes.

The essay was “a bit unexpected … (the writing) really outside of his disciplinary training and he did it brilliantly,” Treseler said.

It also reflects the fact that many people may be drawn to a work of art in a museum in an orientation they are unfamiliar with, she said.

Many of the “Beyond the Frame” essayists were writing about WAM artwork they saw online. But in some cases, in part as the pandemic grew less severe, attendees went to see the works in person. In a few cases, the visit resulted in changes to their trials, Treseler said.

Megan Marshall reflects on visiting museums in her lifetime (reluctantly at first, she says). Then she writes that she went to WAM for the first time in June 2021 to see the 11th-century Japanese woodcarving “Head of a Buddhist Guardian” after seeing it online before.

Lauren K. Alleyne recounts her own experiences as a black woman in America while writing about Faith Ringgold’s “Picasso’s Studio” in 1991, itself a critique of a black American artist. Alleyne’s essay “flirts with being a prose poem,” Treseler said.

“It’s an example of how provocative art can be,” Treseler said.

Treseler noted that Pablo Medina becomes “transfixed” by Adolphus Gammon’s 1964 work “Holy Family,” where a limp black boy is held in his mother’s arms. Medina writes of “outrage and anguish of the kind that breaks us or makes us”.

In a sweeping essay, “Painting with Light,” Anthony Walton takes John La Farge’s 1898 stained glass “The Pool at Bethesda” to draw connections that include the spiritual African-American “Wade in Water.”

Treseler’s own introductory essay, “The Book Is Being Written,” explains how she spoke to her students about “ekphrasis,” writing about the power of a work of art in a literary dimension.

She also writes about how she found the Worcester Art Museum to be a place of inspiration and rejuvenation, including sitting in the chapter house of a 12th-century Benedictine monastery and soaking up the beauty of the neo-impressionist “Golfe Juan” by Paul Signac (1896).

“The museum is often a place I go to,” Treseler said in the interview. “It’s part of my commute to work.”

Treseler, who is also an award-winning poet, takes her creative writing students to WAM, which she was able to resume recently as pandemic restrictions were gradually lifted.

His experience is that “One or two visits inspire an exponential leap in students’ creative work in ways that I cannot explain. Their work takes a greater risk, creativity, which I cannot explain but I am kind of came to count as a catalyst,” she said.

“Poets put sensory experience into language, and working from the visual arts makes that connection all the more vivid and intense of an experience… It’s a truism that good readers make good writers. Visual art engages with this ability in a different, somewhat electrifying way.”

Students have especially embraced WAM after being unable to because of the pandemic, Treseler said.

“It was great to see my students engage with art at the museum. I think students are eager for artistic and educational experiences that will provide a framework for what they have been through.”

“Beyond the Frame” received praise from Malcolm Rogers, trustee of the Worcester Art Museum and former director of the Museum of Fine Arts in Boston.

Rogers writes, “What emerges from these essays – written by award-winning historians, novelists, poets, biographers, art critics and Worcester State University faculty members – is how of which the museum is a classroom… It is a book that shows us the many ways in which there are to look at and to be moved, all that is there.

Treseler said the artworks “throw back to us”.

You can say “the book is being written” whenever someone commits to a work of art, like they did at WSU and WAM.

“At this time when we have all experienced great stress in our lives, I believe that art has a regenerative and healing power,” Treseler said. “It is important to retain the forms of light and beauty.” 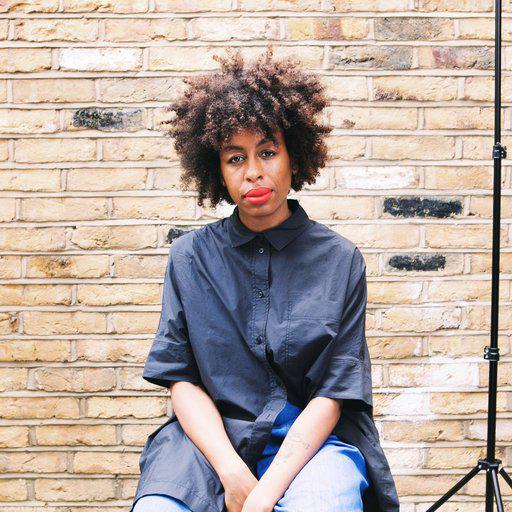