For more than 25 years, the Children’s Discovery Museum at Uptown Normal has been a leader in showing children and their parents that learning and having fun go hand in hand in a way that is both natural and productive. The partnership with Illinois State University, whose very foundations were teaching and learning, has proven to be mutually beneficial for these neighboring and like-minded institutions.

The CDM, as it is often called, opened in 1994 as a place for hands-on learning in the arts, sciences and communications. A decade later, the museum, in partnership with the City of Normal, welcomed visitors to its new, $ 4.5 million, 34,000 square foot, LEED-certified home. After all these years, the place is still a big deal. For example, the museum welcomed its 2 millionth visitor this year.

Jay Ansher, an experimental space plasma physicist and coordinator of the general education lab in the Department of Physics at Illinois State University, he believed the new addition to the neighborhood could be a good partner in helping to teach young people.

“We offered to collaborate when the museum moved to the neighborhood,” Ansher said. “We’re only a few blocks away. “

For the past 14 years, Ansher has hosted monthly Physics Day presentations for anyone who stops by the museum. Undergraduates join us to help provide hands-on demonstrations and fun experiences on a new topic every month.

During a physics day last spring, the topic was astronomy. Young children, who come with their parents, bring in high energy and low attention span typical of their age, but at least for a while, they are interested in science.

“We don’t teach a lot, but we align with the museum’s play education philosophy,” Ansher said. “They are exposed in a practical way to certain scientific concepts. Older children might learn or come back to physics later.

In addition, there are advantages for the University. “It’s free programming, and it gives us free publicity. It’s a beautiful partnership that way, ”he said.

One of the main goals of the museum is the educational approach known as STEAM. The acronym STEAM, like STEM, incorporates science, technology, engineering, and math, but adds art to the mix. STEAM covers a lot of educational areas, which means there isn’t much that a child could be interested in and not find out about by visiting the CDM.

Innovation Station, the area where Ansher can be found on a Physics Day tour, is a space in the museum where children and families engage in STEAM by creating, discovering, investigating and inventing. It is, in the museum’s own description, a place that “gives everyone the opportunity to apply their problem-solving skills, to test and revise their ideas, to collaborate and have fun”.

MDP executive director Beth Whisman said the museum’s relationship with the state of Illinois has multiple benefits for the museum, the university, as well as children and families.

“The State of Illinois is improving the quality and depth of our public STEAM programs,” said Whisman. “We are teaming up with Dr. Jay Ansher and his students for physics activities and demonstrations that make our Innovation Station a dynamic space for learning and fun. “

Whisman said the ideas and collaboration that come from working with Ansher and his students for the Physics Day demonstrations help keep his team fresh and excited about how best to interact with their audience. Additionally, she enjoys the energy and enthusiasm that Illinois State students and faculty bring to the museum and museum events.

“Children and their adults pick up cues during these interactions that very clearly align with our mission to inspire a love of learning through the power of play,” she said. “Our ISU partners are excited about their subject matter and teaching style, and that matters to the children.

“If they think you’re bored, trust me, they’ll be bored and the kids will tell you all about it.” “

With a common goal of inspiring learners, the museum and the State of Illinois work together in several ways.

“The strongest partnerships are with the Center for Mathematics, Science, and Technology (CeMaST), Jay Ansher and the Physics Club; (Associate Professor) Cynthia Moore in teaching biology; University galleries; and the Center for Community Engagement and Service Learning, ”said Whisman.

CDM invites children to university galleries where they discover a living artist and how they create their art. Then the children create their own art, using mediums or styles similar to those they have observed.

CDM collaborates with CeMaST staff on a one-week STEAM camp. CeMaST is also integral to the success of the museum’s annual Pushcart Derby, where attendees design, build, test and race their creations. The event also serves as a major fundraiser.

“The ISU helps provide a strong, mission-driven event that also builds awareness and awareness in the museum,” said Whisman. “These funds are helping us reach more children with affordable programs and engaging exhibits.”

Back at the Innovation Station, Ansher makes the most of any openings he sees for teachable moments. He describes the Celestron telescope he set up for the day and how light enters and reflects off the mirrors at one end.

“You’re supposed to use it to look at something far, far away like a star,” he explains to a group of boys and girls.

A boy shows his interest by randomly trying to take the telescope apart. Rather than look through it as the professor suggested, he unscrews pieces of it before moving on to the next thing that holds his attention. Ansher skillfully saves the telescope without offending anyone while showing the patience of a father of an 8-year-old boy (which he happens to be).

“I have to bring durable and replaceable equipment,” he says with a smile. “They like to touch and grab at this age.”

He also brought a model of the inner solar system, which consists of several planets, the sun and the moon, attached by thin rods which are turned by small gears. The design of this model allows children to gently turn a crank that turns the moon around the earth while the planet spins around the sun while spinning at the same time.

“Do you know how long it takes the Earth to circle the sun? Ansher asks the group.

“How long does it take to get through the four seasons? “

With a few cuddles from her mother, a little girl replies: “One year!

“To the right!” Ansher responds.

And so on until the time is up.

The Museum and the State of Illinois share many official programs, but the connection runs even deeper.

“We also rely heavily on our volunteers and part-time staff, many of whom are Redbirds,” said Whisman. “The museum is not the same without our relationship with the State of Illinois.”

Ansher derives great personal fulfillment from this process. “I have the best job in the world,” he says amid the light chaos fueled by little children who buzz and buzz.
outside the Innovation Station. “This is the fun part.” 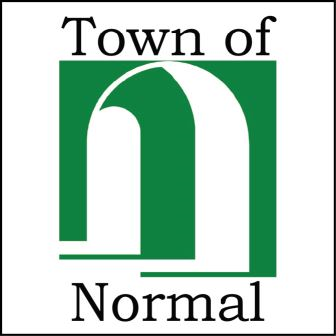