Beneath the bark of more than 700 million acres of dead trees in Montana lie the patterns of the ongoing environmental crisis. It’s a crisis three artists tackle through sculptures, woodcuts, and tree trunk books, printed with the mRNA of whitebark pine trees.

The Missoula Art Museum‘s most recent exhibit “Under the Bark: Artworks of Disturbance Ecology” explores the art of bark beetles, an insect linked to high rates of tree mortality in western Montana and ‘other forests in North America. Showcasing works by artists Suze Woolf, Jim Frazer and Tim Musso, with scientific data from Diana Six, professor of entomology and pathology at the University of Montana, the exhibition is a compilation of different works all related to a theme similar – climate change.

On Monday, October 5, MAM hosted a virtual panel discussion where the three artists and Six discussed the process and significance of the exhibition.

âIn recent years we are in a period of chronic warming and drying out,â Six said. “And the beetles really reacted.”

Trees stressed by heat and drought are more vulnerable to attack, Six said. Due to warmer global temperatures, bark beetle larvae no longer freeze during warmer winters, so reproduction rates skyrocket. This reality is part of what inspired artists to blend art with science in their own unique style.

Part of Musso’s artistic process involves hiking and skiing through hundreds of miles of remote hinterland with a sketchbook. When he returns to civilization, he carves an abstract design from a block of wood, ink it, then presses it by hand until the ink distribution is even.

Musso’s artwork “Rite of the Detritus Jeffrey” features a large woodblock print of four pine beetles Jeffrey “worshiping” a Jeffrey pine cone, similar to how humans worshiped the sun and the sea. rain. Musso said the beetles dance around the carcass of a dead beetle in a sort of rite, to honor the pine cone, the seed of their survival. Much of Musso’s art consists of large woodcuts hung on the walls, taking up space and attention. He said the size is intentional.

âI like this idea of ââthe sublime, which works well with the scale,â Musso said. “It’s like you’re the thing the work of art looks at.”

Frazer followed a similar scale theme, with large pieces of bark beetle patterns drawn on paper and layered in carvings. Frazer sketched the designs of the beetle patterns, enlarged the outlines on plywood, sculpted the design, and then covered it with several layers of copper foil. Frazer has said that there is a “philosophical interaction” between the paper depicting traces and sculptures depicting signs, but both come to the same conclusion.

âThe marks left by bark beetles are both traces and signs,â Frazer said. “These are traces of the life of beetles and they are signs of global warming.”

And in those signs are stories, stories that Woolf has learned to translate into books and poems. Woolf’s play “Bark Beetle Book Volume XXVII: Survivorship” focuses on the scientific history behind bark beetles and trees. The cover of the book is a white bark pine log with real beetle designs engraved on the sides. Between the two pieces of the log, bamboo paper is inscribed with the pine’s mRNA code.

Woolf said the code is what activates the “defensive gene” in whitebark pine DNA. But according to Woolf, this gene actually has the opposite effect on bark beetles. More and more beetles are targeting trees with tusks rather than without. Woolf said the subject is complicated, so she uses art as a medium to translate her understanding.

âYou can no longer practice the science of dump trucks,â said Woolf. âYou can’t just step back and expect it to make a difference. ”

But as Woolf points out, there are many mediums beyond art to bridge the gap between science and other subjects, and she has encouraged people to find their niche in tackling the environmental crisis.

âBark beetles are definitely weird for an art show,â Six said. âBut it just shows that artists see what is happening in our forests and react to it. ”

âBelow the Bark: Artworks of Disturbance Ecologyâ is on display at MAM until February 26, 2022. 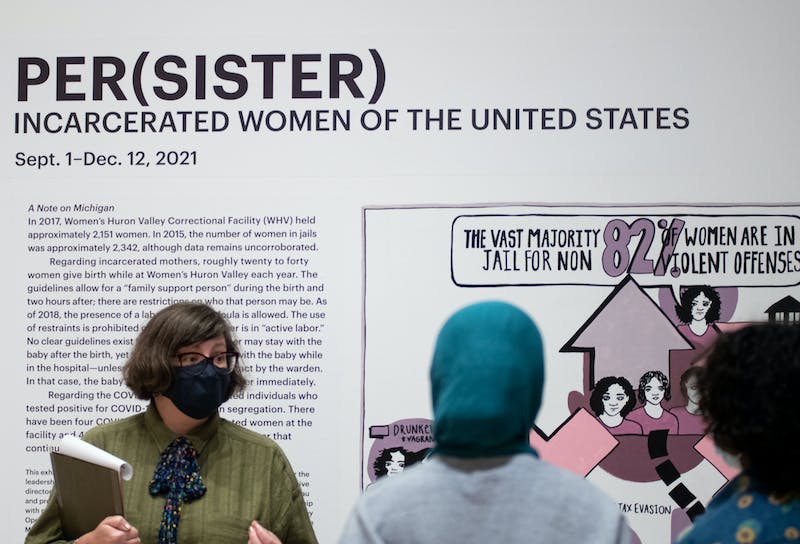