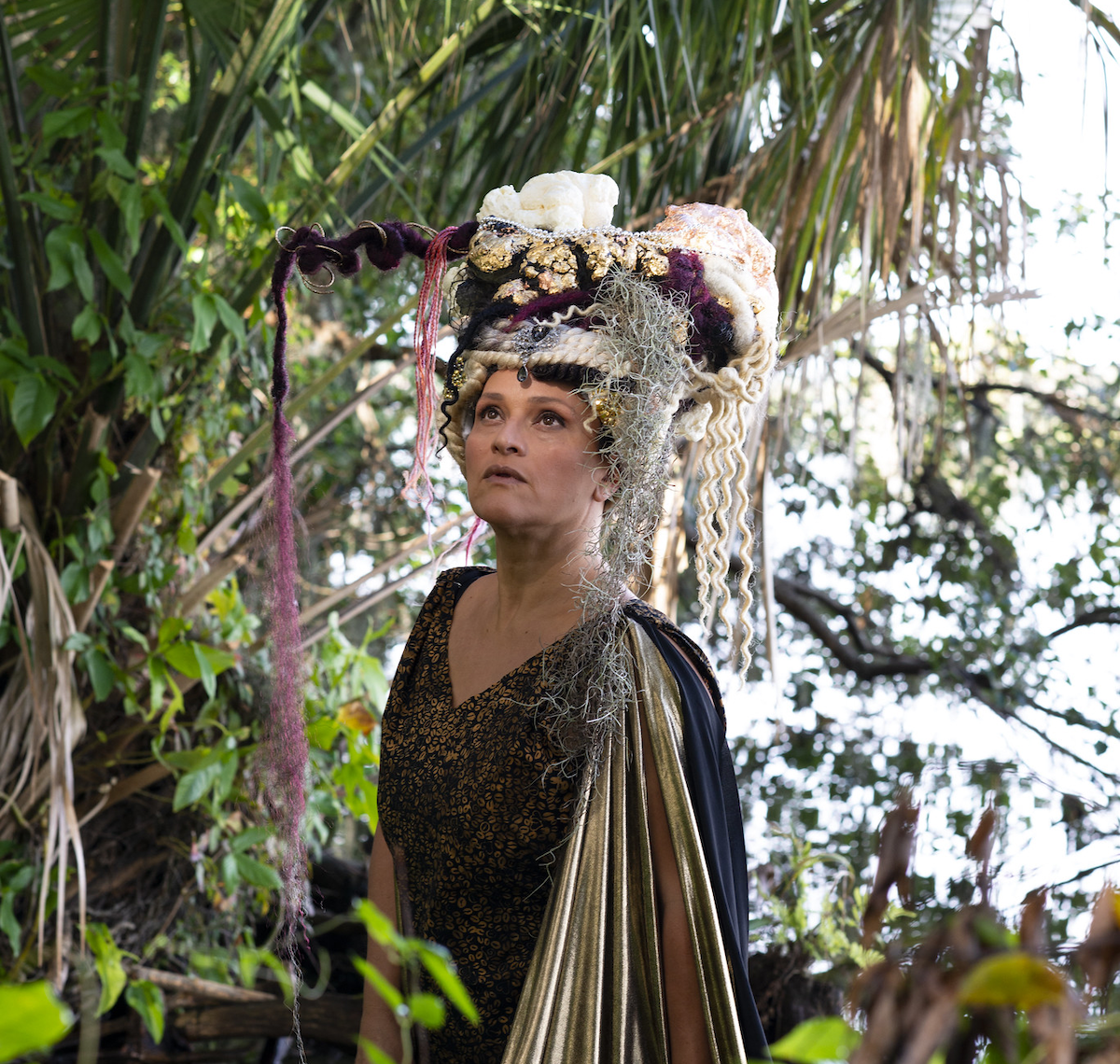 Image courtesy of the artist.

How to experience art in a neighborhood without an art museum? It’s no mystery to artists living and working in Tampa, which is full of such places.

Tampa artists experience art by creating it, showing it in Tampa’s many art galleries, and visiting their friends’ art shows at nearby galleries. Most of these art creations and exhibits fall under the radar of the Tampa Bay museum public. The result: Many Tampa Bay-area residents see more out-of-town artwork than Florida-made artwork.

For non-artists, discovering art in neighborhoods like Ybor City in Tampa requires an event. Luckily for us, such a shindig is approaching.
The new “Ybor Arts Tour” takes place Thursday, October 27 from 5-9 p.m. The tour is free by reservation and begins with getting a wristband inside Gallery 114 of the Hillsborough Community College Performing Arts Building located at 1411 E 11th Ave. in the city of Ybor.

After a year of exciting changes to the Ybor City art scene, a group of Tampa art insiders, including Amanda Poss, director of Hillsborough Community College Gallery, and Tracy Midulla, founder of Tempus Projects, have organized their first Ybor Arts tour.

The idea, Poss told Creative Loafing Tampa Bay, was to create a “signature art event” that would solidify the role of art and culture in Ybor City’s identity.

The tour includes 10 Ybor City art spaces, some old and some new, most located within a block of each other. Five of the spaces are housed in a single building—the second-floor annex of the historic Kress Building on 7th Avenue— and celebrate their grand opening during the tour.

Start at Gallery 114 in the performing arts building of HCC Ybor, where you can get a wristband and free parking. The small gallery, a staple of Ybor’s art scene since the 1980s, is home to Wanda Raimundi-Ortiz, formerly of Orlando.

Raimundi-Ortiz is a multidisciplinary artist known for exploring her Afro-Latin culture and identity in her work. She does this by literally placing herself in the work. Before the pandemic, Poss tells us, Raimundi-Ortiz mainly did performance art. She is best known for creating a 40-pound dress from Hurricane Maria debris and walking down Orlando’s Cultural Corridor during UCF Arts Week in 2019.

“On our show, we have what she calls performance portraits,” Poss told CL.

The purpose of the work, Poss tells us, is to create a space of “maximum coldness”, hence the title Sanctuary.

“I just wanted a space, especially after the last two years, of peace,” says Raimundi-Ortiz, who arrives from Virginia to give an artist talk at 6 p.m.

From Gallery 114, head to The brickswhich has been exhibiting art since its debut in 2010. Although primarily a restaurant offering food, coffee and cocktails, owner Brian Schaefer also operates a dedicated event space separate from the Bricks dining room.

“There are people who know about bricks, but still don’t know that the space is there and it functions as an art gallery type space,” local muralist Michelle Sawyer told CL . “I basically started out in brick art.

Sawyer hosted just about every art event for the first three years of The Bricks before shifting his focus to murals. Then around March 2022, Schaefer asked if Sawyer would be interested in returning to hold art exhibits at The Bricks event space.

Sawyer describes the space as a happy medium between a traditional gallery and a pop-up boutique. The Bricks event space offers self-taught artists who might be uncomfortable approaching a traditional gallery the opportunity to show their work around town for more than one night or week. Shows at The Bricks last about 6-8 weeks, giving the artists plenty of quality time on the walls and giving Sawyer time to focus on his murals in between.

“In Search of…” now occupies the space. The themed art exhibit features works by local Indie artists Reece, Ron Simmons and Joerod “Surreal Styles” Collier, and can be viewed between 6 and 8 p.m.

Return to The Bricks at the end of the tour for an afterparty with 50% off food and drink plus complimentary appetizers.

Joining the old studio spaces at Ybor Art Colony are several new studio spaces in the Factory on Fifth, which celebrates its first anniversary in November. The building is about a mile from everything else on the tour, but if you do the hike, you’ll get to meet several other working Tampa artists. 2710 E 5th Avenue 5-8 p.m.

Be sure to allow plenty of time to explore the Annex on the second floor of the Kress buildingwhere six new art spaces opened this month: Drift and Tempus Volta by Tracy Midulla, Department of Contemporary Art by Emiliano Settecasi, Parachute Gallery by Jessica Todd, Quaid by Tampa Drawers Sketch Gang (stylized “QUAID”) and a microcinema.

If some of these names sound familiar to you, it’s because many of these people had spaces in the highlands before the pandemic before they were locked out of these neighborhoods. It’s a common refrain in the Tampa Bay area. Artists settle in a cheap district and embellish the place. Businesses take notice and begin to settle. Gentrification drives out artists. It happened in Ybor City in the early 2000s. And it happened again in Seminole Heights during the pandemic.

But now, thanks to a new wave of professional arts and culture developers and philanthropists, Tampa artists are returning to Ybor City, including some of the people who were evicted from Seminole Heights during the pandemic, like Quaid.

“Quaid not having space broke my heart almost as much as Tempus not having space,” Midulla told CL. Now Quaid and Tempus have designated spaces in the second floor annex of the Kress building.

Derivative is a small space designed for independent curators to host an exhibition. The name of the gallery refers to the nature of showing art outside of your own space.

“If you don’t have your own space, you go from place to place,” says Midulla. “It’s Drift.”

There won’t be a show at Drift when it opens, as they’re in the midst of a national call for curators, but exciting things are happening.

“I’m really excited for Drift,” Midulla told CL. “I have noticed an interest in our local community for conservation projects. I think more and more people with a creative vision are beginning to appreciate their own need to bring ideas together, connect works, and connect artists.

“We have to maintain these things,” Midulla continues. “Wouldn’t it be great if it became a city where people wanted to come and share their curatorial adventures with us? I think over the last 15 years we’ve had a real increase in people making room for artists, so I think the next step is to make room for curators.

While Drift is a space for independent curators, Volta is a space for emerging artists and small solo exhibitions. The word Volta, which means “turn around” in Latin and Spanish, seems fitting as much of Tampa’s art scene is returning to its Ybor roots via these new spaces in the historic Kress Building.

The gallery is currently home to Gabriel Ramos’ “Nestled in Shadows”, a collection of five hauntingly beautiful black and white paintings on canvas.

Newcomers Emiliano Settecasi and Jessica Todd fill the annex with the contemporary art department and the Parachute gallery.

Settecasi spent years working with Midulla and Poss before going solo with 2019 “Rogue.” We can’t wait to see him continue the story he started with “Rapscallion” in The Department of Contemporary Art.

“I try to model it as a kind of micro-museum,” Settecasi told CL, “and similar to what I did in Quaid before, which is to have enough space for exhibits and to to show exhibits, but also to have space for a small retail area like a museum store, or in my case, a department store.”

Another promising emerging curator, Jessica Todd, established the new Parachute Gallery in the Kress Annex earlier this month. Todd’s Parachute Gallery is dedicated to showcasing fine craftsmanship like Babette Hershberger’s ceramic vessels on the windowsill in the gallery’s inaugural exhibition, “Close to Home.”

The annex also includes a microcinema, Screen Door, which you can preview during the art tour.

Florida developers are constantly changing our local landscape, and Tampa creatives have had no choice but to adapt.

“The arts were born out of Ybor and we’ve all been priced and pushed and scattered,” Midulla says, “and I feel like the landscape here is changing and it’s a pro culture and I think that ‘there are people who make room for us in this neighborhood.

This is exciting news not only for the artists involved, but also for Tampa residents who are about to have more fun arts events and entertainment options to choose from as they fill their social calendars. .

The Kress Annex is barely ready to accept visitors at the moment – they just got their keys three weeks ago – but they are already opening their doors to the community they love. And the future is bright.

There’s one word that kept coming up when I interviewed tour organizers and attendees for this feature, and that word is potential. With ArtSpace, Gas Worx, Meatyard and Crab Devil projects on the horizon, Tampa artists are getting excited and you should be too. 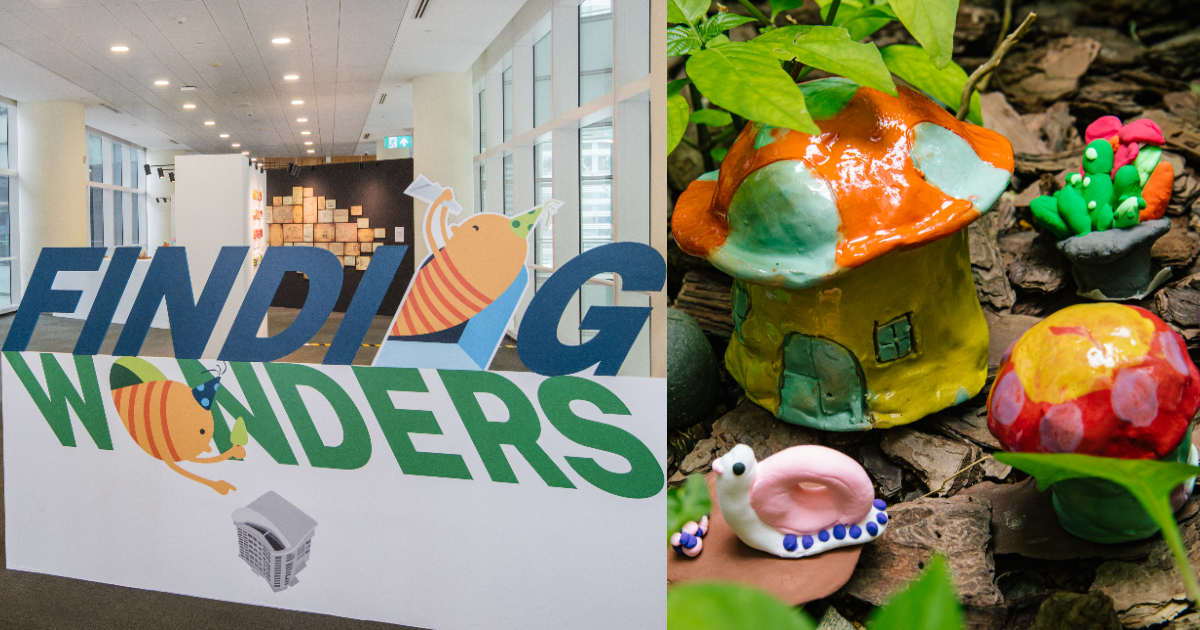