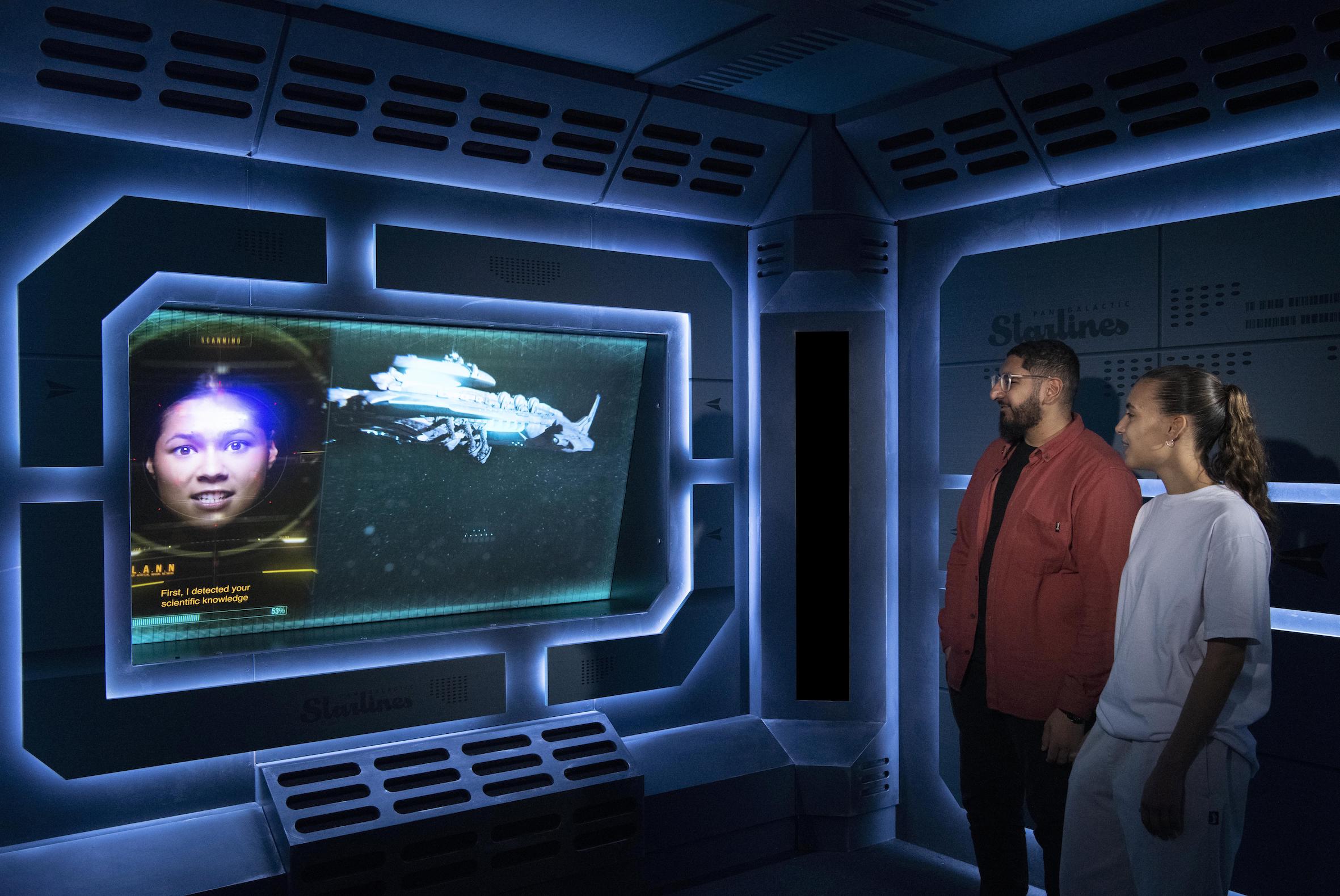 Science Fiction: Journey to the Edge of the Imagination, Science Museum Review

You probably have your own selection, of movies, computer games or, maybe, the 14 Acres of Disneyland star wars theme park within a park in California, The edge of the galaxy. Sci-fi, once a minority sport, has been mainstreamed over the past few decades via popular media — and especially blockbuster movies.

This is where the glitzy new exhibition at the Science Museum in London draws its main inspiration. This put the designers in a difficult situation. Their show, for show it is, is built around a journey on an interstellar ship, guided by an AI built by aliens. It contains many movie props, as well as real technology elements. And they’re complemented by bits of exposition, commentary, and asides from the AI ​​avatar — on distinctly unscientific video screens.

Everything is very colorful, but does not quite achieve the desired impression. A largely static exhibit, even one lovingly designed and mounted, cannot match the experience of a movie. And the focus on a predictable selection of movies and TV shows means this collection of snapshots of weird new worlds feels eerily familiar. The bottom line, however, is that making the exhibition a counterpart to the films dictates a fixation on the visual. It turns out that the visual realizations reach “the edge of the imagination” quite quickly. The explosion of visual representations propelled the geek and sci-fi derivative genre into a wider culture, but did so in a curiously constrained way.

You can see why in the excellent companion book, edited by exhibition curator Glyn Morgan. It’s a Thames & Hudson production, so it’s lavishly illustrated, but the pictures remind you that it’s extremely hard to imagine anything truly new that is visually intelligible. Consider how nearly all of the cinematic aliens are recognizably derived from extant or extinct terrestrial species, mixed and matched, perhaps, but also familiar. The true extraterrestrial aliens, like all that inhabit the intelligent ocean in Solaris, are beyond representation. Writers can suggest them without really describing them. Filmmakers rarely get by without showing them.

Another problem for exposure is that even the best images need to be exposed. Sometimes, as with the artworks in the extraordinary Radical Ocean Futures project, it is simply absent – ​​images that are normally presented with a lot of narrative exposition are abstracted and left dry. Sometimes there’s more to learn from the videos, like remarkable double amputee Tilley Lockey talking about her bionic arms. Anyway, it gives the impression of an exhibition that is meant to be a website.

The journey through the screens, which takes in a surprising amount of blank hallways and lots of signage (in specially created unintelligible alien language), leads the visitor to the inevitable question of whether we, who created all these stories, have actually a future. “The choices your species has made endanger your ecosystems,” the AI ​​happily explains: a message that’s been spelled out in movies for at least half a century since Quiet operation. The verdict is cautiously optimistic, but it gives a somewhat pessimistic ending to a slightly confusing if underwhelming hour.

The book can’t feature life-size spacesuits or alien models, but the other print possibilities more than make up for that. More spectacular modern media may attract attention, but it’s still print that sustains the rich seedbed of ideas from which science fiction stories grow – as London’s last major show on the genre ten years ago at the British Library. The book brings together essays from scholars and critics with interviews with a few well-chosen authors, and can tap into written science fiction, and its history, in a way that gives it a much broader scope than exposition. .

It is not exhaustive. The genus is too large and ample to allow this. Yet it treats its chosen themes well – people and machines, travel in the cosmos, communication, extraterrestrials, hopes and fears for the future. The focus is on the subversive potential of science fiction, especially from some of the writers who are now energizing the genre. As Charlie Jane Anders puts it, “power structures try to make us believe they are both permanent and unassailable, and only by creating and consuming wildly different stories can we begin to imagine how these structures might change or break down”.

It’s one aspect of editor Morgan’s broader suggestion that science fiction is a way of thinking about our relationship to the future. It is also many other things, but the importance of this possibility becomes clear. It is there in the mutual inspiration of real and fictional invention that Roger Luckhurst describes in his essay on communication, where “cutting edge technology, shameless boosterism, investor pitches, futurological projections and science fiction intersect deliriously”. And it’s there in the closing interview with Kim Stanley Robinson, looking back on an entire career creating near-future fiction that takes global issues seriously but still manages to evoke livable worlds. This is one of the points where the book and the exhibition come together, but the book stands alone. It’s a great guide to the importance of science fiction for complete beginners, and has something for genre enthusiasts, or just the reader who’s enjoyed science fiction in movies but wants to explore a bit more. in depth the most resonant ideas and stories. In any case, it’s good that it has a life beyond the displays of the Science Museum. As an exploration of the limits of the imagination, it goes much further and invites reflection than the exhibition. 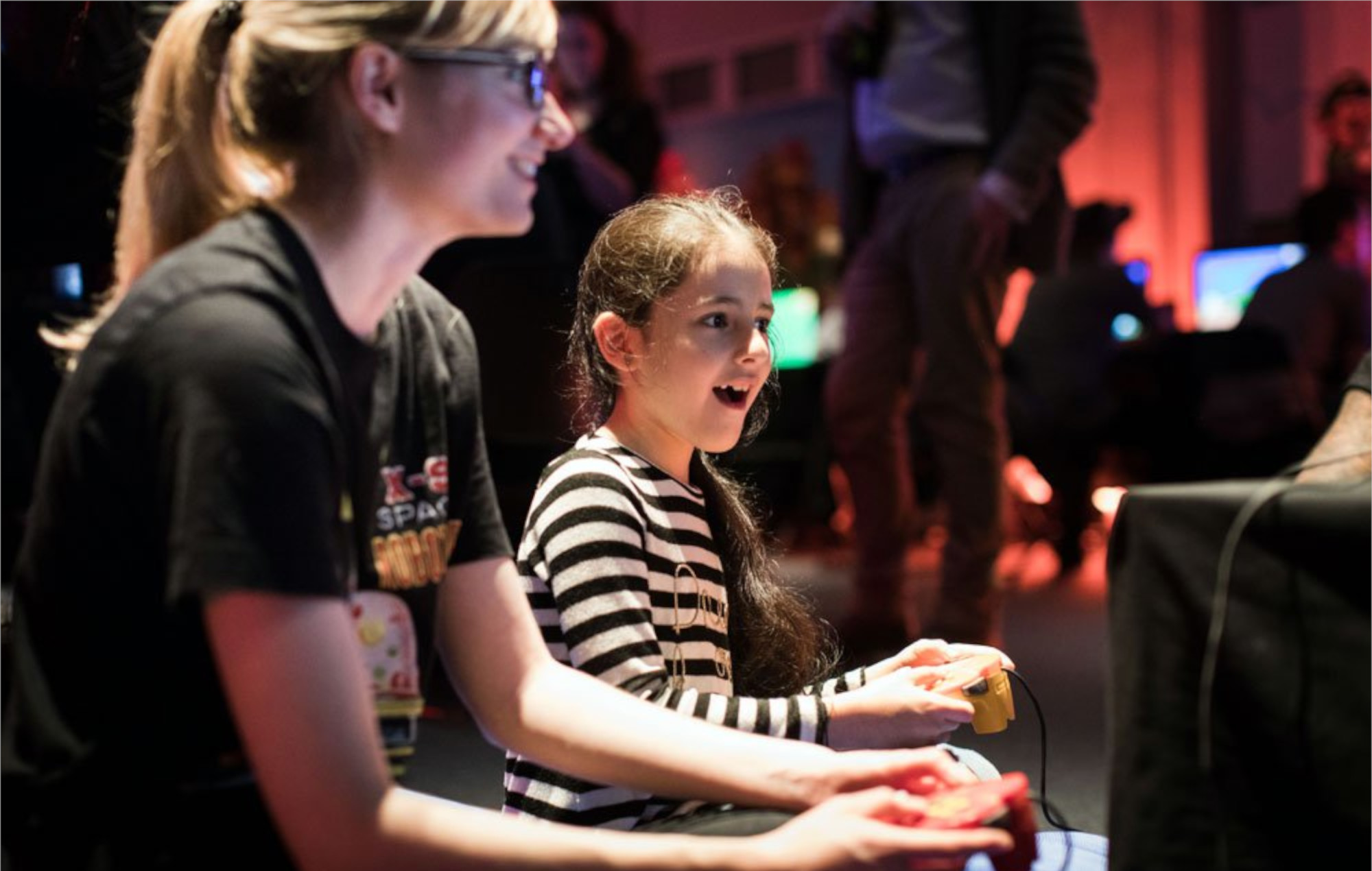