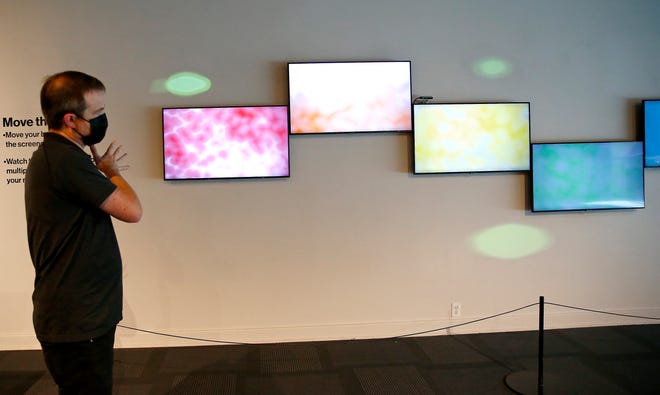 Visitors to the Science Museum Oklahoma have little time to explore two interactive exhibits that combine technology and art.

Up the stairs and to the right is the museum’s smART space, an area that features exhibits exploring the interplay between art and science. Both current exhibitions were created by artists from Oklahoma, which smART curator Alyson Atchison said was unusual but necessary due to the pandemic.

“Screens” occupies the large open space to the right of the stairs and presents four installations by Tulsa artist Geoffrey Hicks that make visitors question the implications of technology in their daily lives. “Screens” will be available until November 7th.

And in the dark room to the left is âJumble,â created by Tulsa artists Julie Alpert and Andy Arkley, where fun patterns are projected onto cut-out wooden shapes as the original music plays. Video and sound are triggered by buttons spanning the entire length of the installation, with up to 16 people able to interact and create a unique combination of music and shapes.

“Jumble” will be available until October 10th.

Each exhibit requires visitors to interact and create their own art, while allowing for social distancing during the pandemic.

âWe really wanted these exhibitions to give you a feeling of commitment and collaboration that is always secure,â said Atchison.

“Art that comes out in the real world”

Each installation in “Screens” uses technology that detects visitors, including certain software created by Hicks himself. Screens, cameras and sensors are all artistic mediums of Hicks.

The first installation visitors will see is Pas de Quatre, where three vertically mounted screens feature ballet dancers dressed in simple gray uniforms. The dancers are relaxed until a visitor, the fourth dancer, stands in the circle in front of the screens and directs their movements by moving their own body.

Pas de Quatre, created for the “Screens” exhibition, is the result of the feeling that Hicks drew inspiration from the dancers after working with them on other projects.

â(Pas de Quatre) kind of combined my various interests,â Hicks said. “I do all the programming and filming … I have all these varied skills, and I bring them all together.”

The other installation specific to “Screens” is Chromawave, which follows the movement of visitors and reacts by displaying colorful waves of simulated fluid on seven screens mounted against the wall.

“Heartbeat,” an installation with incandescent bulbs suspended from the ceiling, was Hicks’ first full-scale installation, premiered in 2011. It has changed over the years, and in its current form, visitors grab a monitor from heart rate and the bulbs react by pulsing according to the person’s heart rate.

Hicks said he was inspired to create “Heartbeat” because of the switch to fluorescent and LED light. The warm glow of the light bulbs is reminiscent of the nature of electricity, he said.

Nine horizontal screens mounted together make up “Mirrors”, the fourth installation of “Screens”, and perhaps the most disturbing.

Each screen displays either a live video feed or a feed from the very recent past. Visitors may feel bewildered watching a screen play their movement seconds or minutes ago, but that’s the point, Hicks said.

Hicks wanted his installations, “Mirrors” in particular, to make people think about both the fun and the serious implications of the technology.

âSome people come hereâ¦ and they’re drawn to their face on the screen,â Hicks said. “Then other people are like, ‘Oh, man, I have to stay away from this. It records me, it films me.’ So that makes you think of technology. â

Hicks’ next installation will be a climbing structure at the Tulsa Children’s Museum, which will open soon.

âI’ve always been fascinated by technology and I’m fascinated by creating things (which occupy) physical space,â Hicks said. “I don’t make art that you can watch yourself on a screen, which lives in a computer. I like making art that comes out into the real world.”

“It brought back joy”

When the “Jumble” exhibit opened to the public last October, curator Alyson Atchison said she had revived the museum which had seen its closure and reduced attendance due to the pandemic.

âWe were packed for the first time in a long time,â Atchison said. âIt was before that second wave, I felt like it was all over.â¦ A few minutes after (‘Jumble’) opened, I felt like it had brought joy back to the museum. there were people dancing, it was happy, it was fun, it was bright and colorful. “

Atchison, whose office is directly next to the exhibit, said she loved hearing people enjoy the colors and the funny sounds.

âSometimes I feel like I’m working in a nightclub or something,â she said.

âJumbleâ and âScreensâ are both perfect examples of the purpose of the smART space: to engage visitors with art and science, in these cases technology in particular, while deepening their understanding of the world that is. surround them.

Atchison said the exhibits in the smART space are unique, so while Arkley and Alpert may use the âJumbleâ concept again, it will never be exactly the same.

Hicks said he’s always revamping his facilities, adding them more, or changing the way they interact with their audiences.

âThey’ll go to my studio and pack their bags, but I’m sure they’ll all live new lives,â Hicks said. 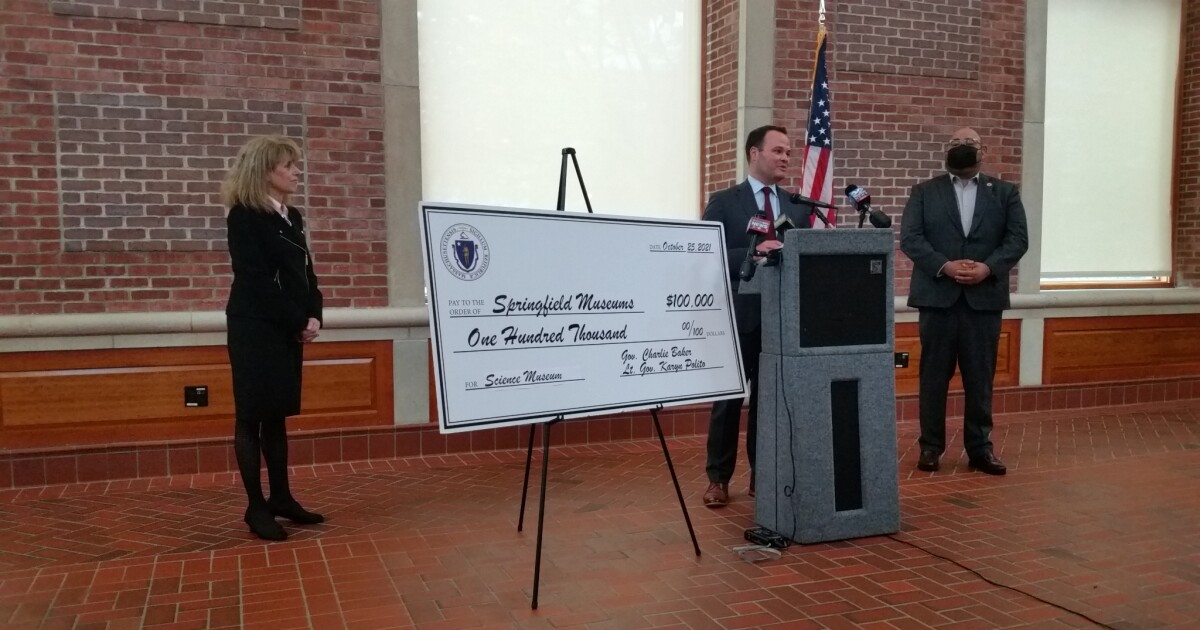 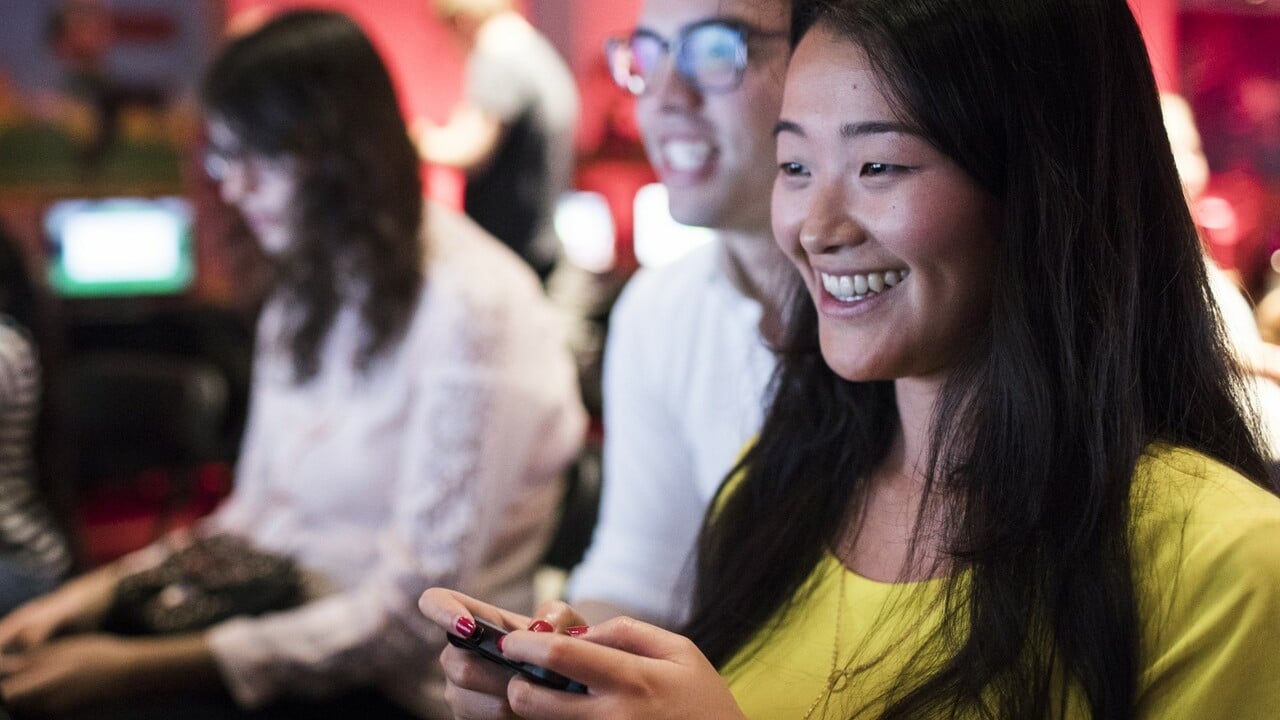