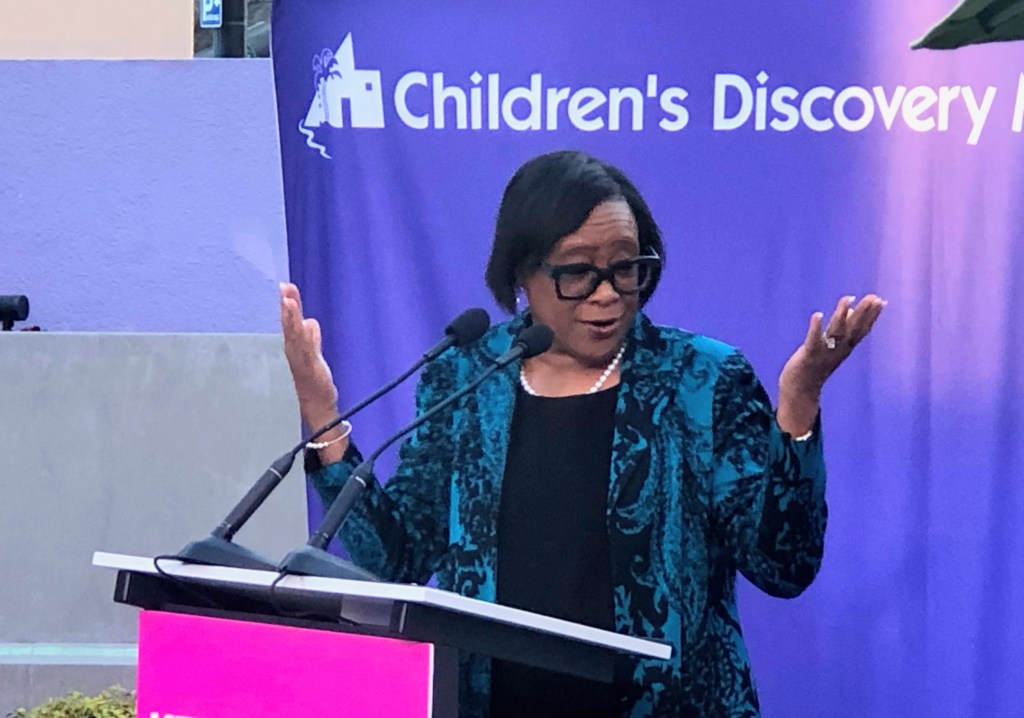 The Children’s Discovery Museum puts the fun into fundraising

The Children’s Discovery Museum held its Legacy for Children Award fundraiser last weekend, the first in-person since 2019, and some very smart decisions were made by Executive Director Marilee Jennings and event co-chairs Alan Marks and Kim DeCarlis.

The first was to host the event at the Purple Museum in downtown San Jose, which was surprisingly the first time in 21 years that he had been there. This allowed the hundreds of guests to relive their childhood lives, explore Bill’s Backyard, collaborate on watercolors in the new LeRoy Neiman Art Studio, and even crawl through the toddler-friendly Wonder Cabinet. The concepts of play and fun were so ingrained that people were encouraged to wear sneakers with their fancy outfit – and many, many people did.

And the second smart decision was to select Dallas Mavericks CEO Cynthia “Cynt” Marshall as this year’s guest of honor. The Richmond native – who has been a trailblazer throughout her career – was an exuberant winner, mingling and snapping photos with people she had just met like they were old friends. She was also a good sportswoman when she was called to be part of the performance of the cast members of Freestyle Love Supreme +, the hip hop musical improvisation group created by Lin-Manuel Miranda.

“I’m so happy to be home. It’s great to be home,” said Marshall, who was accompanied to the Bay Area by her husband of 39 years, Kenneth Marshall. “This award means a lot to me because it taps into my true passion in life. And my passion in life is to provide permanency and stability for our children.

And the Children’s Discovery Museum is always a great place for kids to have fun. It recently extended its opening hours to five days a week, Wednesday through Sunday, and members can visit without a reservation. In addition to the reopening of the Leroy Neiman art studio, the exhibition “Potter the Otter: A Healthy Adventure” reopens on July 2 after a brief initial opening in February 2020. Visit www.cdm.org for more details.

JAZZ IS BACK IN LOS GATOS: Regardless of the temperatures outside, summer will be chilly in Los Gatos with the return of Jazz on the Plazz after a two-year absence. The “Brubeck Summer” lineup kicks off with Svetlana and the Delancey Five on June 29, with the weekly series continuing on Wednesday with acts such as Paula West (July 13), Marcia Ball (July 27) and the Brubeck Brothers Quartet (August . ten). Shows at Los Gatos Town Plaza begin at 6:30 p.m. each week.

Longtime fan Linda L. Lester is also back as the presenter of the annual Los Gatos Music and Arts Gala, which this year will feature singer Jamie Davis on Sept. 18. You can consult the complete program as well as reserve tickets for the gala on www.jazzontheplazz.com.

CHARGED TO WALK: The YWCA Golden Gate/Silicon Valley got a fantastic turnout Thursday for the return of the Walk a Mile in Their Shoes event, which raises awareness of domestic violence and sexual assault and raises funds to stop helping survivors.

Among the group marching around Santana Row in high heels were about 150 members of IBEW Local 332, which represents electricians in Santa Clara County. The team was co-captain by four-year-old apprentice Lilliana Martinez and local president Javier Casillas. Along with many other groups, Local 332 has long supported the march, with the early efforts of now-retired Sal Ventura, and continues with the support of members Frank Mann and Jason Lucero.

This year’s walk raised nearly $100,000, and you can still donate at bit.ly/WALKINTHEIRSHOES22.

TWO SIDES OF THE VALLEY: The Valley of Heart’s Delight and Silicon Valley will both get their due at the “Apricot STEM Fair” on July 16 at the Los Altos Museum of History, which combines science, technology, engineering and math activities with lessons on the region’s agricultural past.

The STEM side will include robotics demonstrations, building marshmallow towers, making a sundial, and creating photosensitive art. Lisa Prince Newman, author of “For the Love of Apricots,” will hold a conversation about all things apricot and share some recipes from 10 a.m. to 11:30 a.m. The two worlds will also come together in an apricot throwing activity with a catapult.

Admission to the Apricot STEM Fair, which runs from 10 a.m. to 3 p.m., is $7 at the door and is free for children 12 and under. Pre-registration is required at www.losaltoshistory.org for the workshop.

This is the second in a series of four family-friendly programs to support the museum’s new permanent exhibit, “Making Connections: Stories from the Earth,” an immersive experience that will open next year.

“Nowhere is the juxtaposition of events more apparent than the transition from the Valley of Heart’s Delight to Silicon Valley, which many of our residents have witnessed and remember,” said Elisabeth Ward, Executive Director of the museum. “Both periods used science, technology, engineering and mathematics. The STEM fair is an opportunity to highlight the differences and similarities between these two periods of history, and to celebrate both the continuity and the changes of our valley. 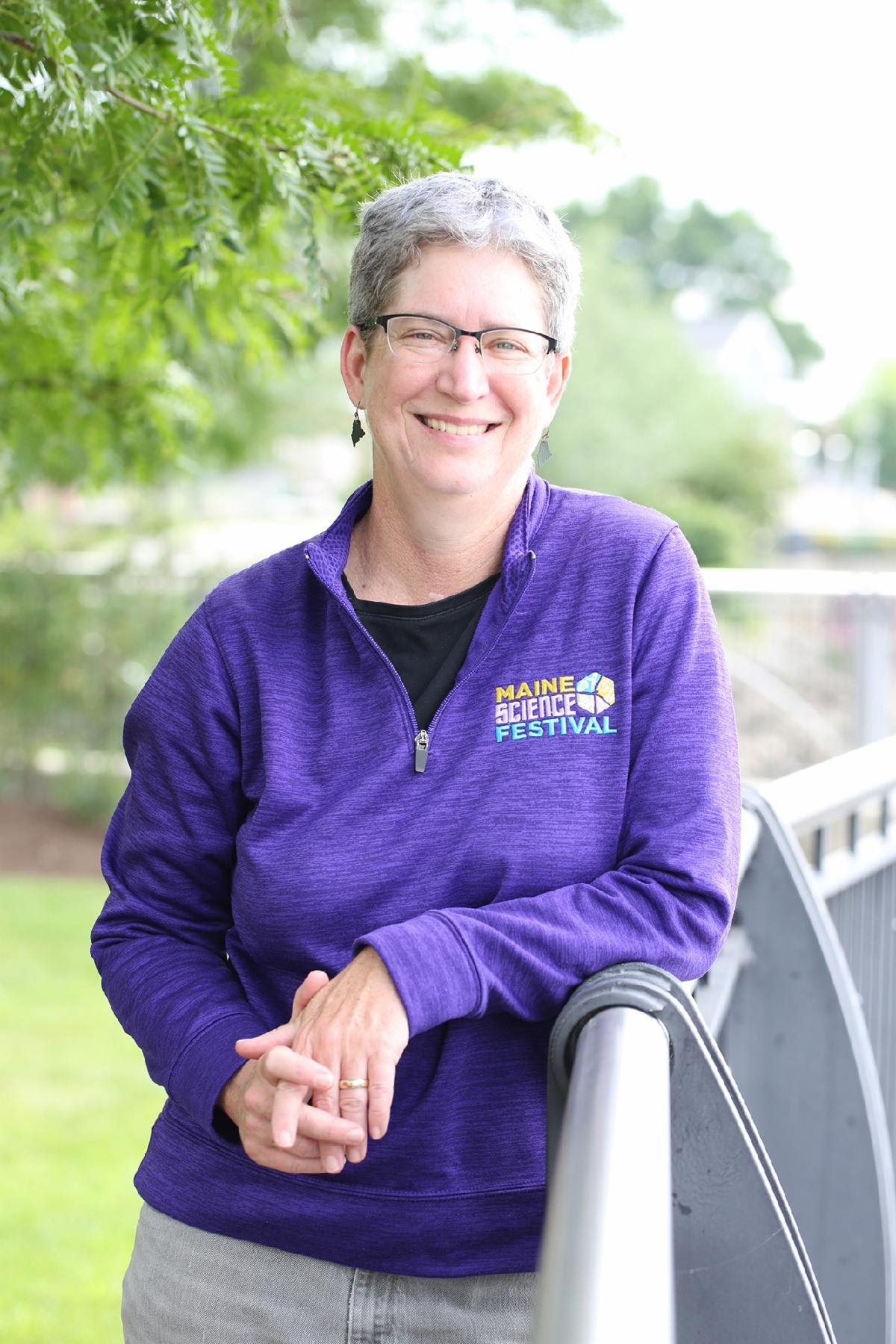