The Kodiak Museum of History made a selection for its program of temporary exhibitions after a public call for ideas. The program is part of an ongoing effort to involve the community in what their museum looks like.

Although the Museum is still in its early stages of planning the exhibit and has yet to announce the selection, it could be revealed as early as Crab Fest weekend.

The call for applications closed on May 1. According to the museum’s curator, Lynn Walker, the model allows for the integration of otherwise unexplored subjects into the museum.

“Our temporary exhibit model is based on social justice exhibits and the kind of idea of ​​co-creating exhibits with community partners. So that our exhibits can be from Kodiak, by members of the Kodiak community, and so that we all benefit, not just museum staff picking a subject and deciding to do an exhibit,” Walker said.

Margaret Greutert, head of the museum’s collections, explains that the program of temporary exhibitions also gives the museum the opportunity to examine and present modern events.

“Let’s just take COVID, for example, collecting these experiences and memories as they are fresh, 50 years later, when we want to show them to our children, it’s so much more accurate and interesting. And so that’s what we’re trying to do here is to foster that environment, kind of a proactive approach to story-gathering,” Greutert said.

The museum recently completed its Hunt, Fish, Gather, Grow exhibit, which explored food sustainability and subsistence gathering in Kodiak. The exhibit was sponsored by the Kodiak Harvest Food Cooperative and Bounty Farms.

This exhibition was succeeded shortly thereafter by the Kodiak Collective, an exhibition of artwork and writing by Sarah Loewen-Danelski and Natasha Zahn Pristas. The new temporary exhibition should be installed in August.

According to Walker, the end goal is to take the museum out of its role of curating exhibits and eventually have a community advisory body select the subjects for the exhibit. Museum staff would then design the exhibit. 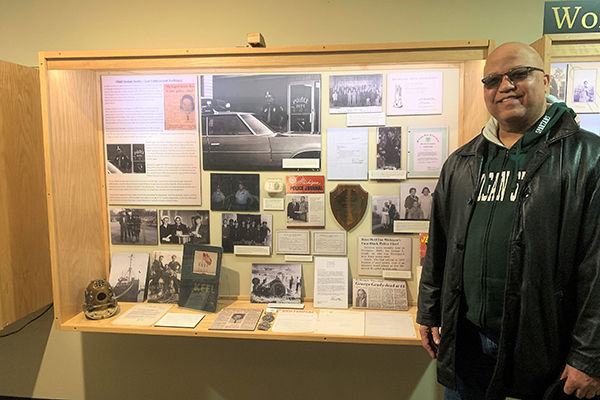