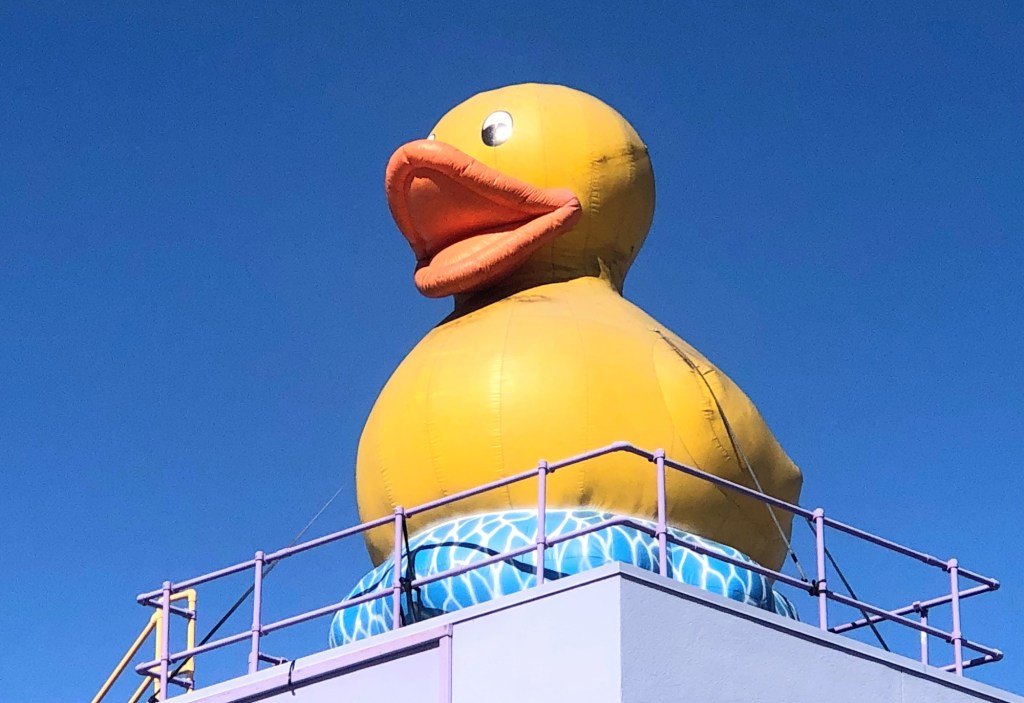 Why the Children’s Discovery Museum mascot is maskless

For the past two years, Discovery Duck, the puffy yellow mascot of the Children’s Discovery Museum, has worn a large purple mask over its beak. This served to let young visitors to the learning center know that it wasn’t so scary to wear a mask, and perhaps to remind their adult companions that everyone should be masked at the height of the storm. COVID-19 pandemic.

But with most Santa Clara County restrictions eased due to widespread vaccinations and schools returning this fall without a mask, Discovery Duck had its mask removed Friday afternoon. And it’s still symbolic because the Children’s Discovery Museum is now mask optional.

After being closed for a week for cleaning and maintenance, the Purple Museum in downtown San Jose was set to reopen on Saturday, October 1, with a pair of live performances by Grammy-nominated musician David Sharpe, best known to fans under his stage name. , DadHugs. The museum is open from Wednesday to Friday morning and all day Saturday and Sunday. Go to www.cdm.org for hours and other details.

THE LAW FIRM AT 50: The worlds of law and art came together Thursday night at the San Jose Museum of Art, where a crowd of more than 300 people celebrated the 50th anniversary of the San Jose law firm McManis Faulkner. It was a who’s who of the Silicon Valley legal community, with attorneys, clients, and judges mingling with other community leaders and members of the arts community.

The location was a perfect fit, as associate Bill Faulkner served on the museum’s board of trustees for 25 years, and it’s right next to the company’s offices at 50 W. San Fernando Street. As he has done for many of his milestone birthdays, McManis Faulkner commissioned Berkeley graphic designer David Lance Goines to create a print to celebrate the occasion. Like previous versions, this one features a female figure holding the scales of justice. Interestingly, this time around she’s also holding the hilt of a sword.

To be specific, McManis Faulkner is 51, but partner Jim McManis says the company postponed its golden anniversary celebration for a year so she could have the party she wanted to have and without the strict COVID-19 policies that were in place last year.

FUN AND GAMES WITH SPUR: Once San Jose Mayor Sam Liccardo and Councilman Raul Peralez are named at the end of the year, they may want to take the stage at the San Jose Improv with a comedy number.

At SPUR San Jose’s 10th anniversary, Liccardo praised the urban planning group for its work in the city over the past decade, but realized he had turned up empty-handed at Blanco Urban on San Pedro Square. Just then, Peralez came to the rescue with a city commendation in hand.

“I was about to say the lazy mayor forgot the commendation,” Liccardo said.

“I’m not the slacker,” Peralez shot back with a laugh. The couple, joined by board colleagues David Cohen and Matt Mahan, presented the certificate to SPUR San Jose Director Fred Buzo.

CAPITAL HONOR: As one of Silicon Valley’s legendary developers, Barry Swenson has built thousands of walls in this region. But now Swenson and his famous white cowboy hat will be featured on one of the Silicon Valley Capital Club’s latest Wall of Fame winners.

Swenson, 83, was honored in a ceremony at the Business Club on the 17th floor of 50 W. San Fernando St. with his wife, Molly Swenson, and children, Case Swenson and Tamara Current, telling some stories of family. Ron Gonzales, former mayor of San Jose and current CEO of the Hispanic Foundation, presided over the event as chairman of the club’s board of directors and was able to welcome Swenson to the wall. Gonzales himself was inducted a few weeks ago.

BOOK REPORTS: Former Mercury News scribe Larry Slonaker recently published his first novel, “Nothing Got Broke,” about a former Bay Area newspaper columnist who packs his bags for Montana before becoming involved in the mysterious death of a man in San Jose. It’s only partially biographical – Slonaker grew up in Montana and moved to California, and to my knowledge he wasn’t involved in any mysteries outside of the pages of his book.

He hopes to bring the novel to some book clubs here in the Bay Area and recently returned from a reading and signing in Montana. “My qualms – about whether people there would have been offended by some of the depictions – proved to be in vain,” he said. You can get the paperback from Amazon.com.

Meanwhile, San Jose author MD Neu has released his latest sci-fi fantasy novel, “Volaria,” which features vampires in space. And like Neu’s previous works, this one features LGBTQ characters and has a San Jose setting, though it’s San Jose 100 years in the future. “It’s something different for me,” Neu said. “I wanted to stretch my writing muscles and see if I could write something darker and outside the norm for me.”

It’s been a busy year for Neu, who released “A New World – Conspiracy” – the third book in his sci-fi series – in August.

THE SHOW WILL CONTINUE… NEXT SUMMER: So maybe we’re not done with COVID-19 yet. Due to an outbreak, the San Jose Stage Company was forced to postpone its “Monday Night Live” fundraiser that was scheduled for October 3. I’m really disappointed about this because I was supposed to be this year’s guest host. The show, which had already been postponed once from June, is now scheduled for June 26, 2023.

Part of the reason behind the postponement was to not disrupt the schedule for San Jose Stage’s 40th anniversary season premiere show, “Sex With Strangers,” which opens Oct. 12. You can find out more at www.thestage.org. 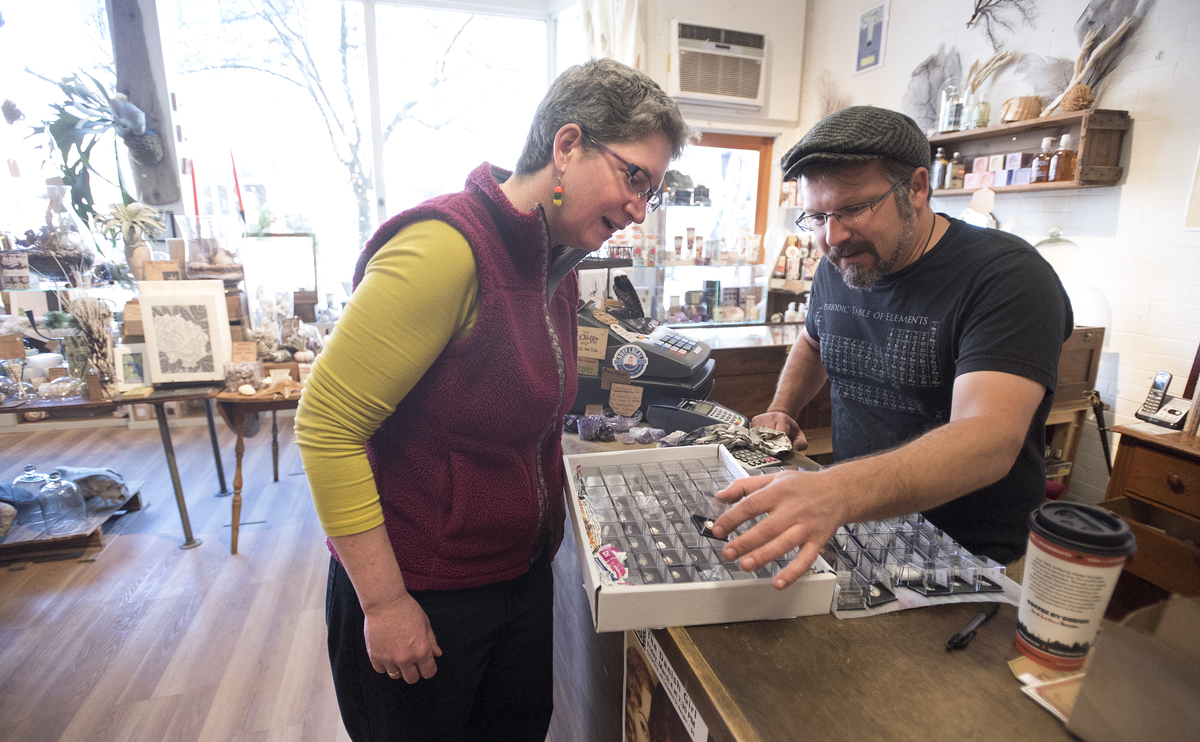 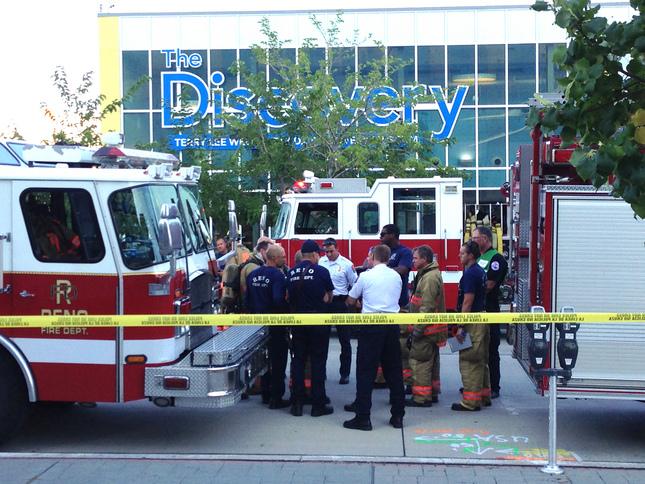 Visit the Discovery Museum for free on select Friday nights